Main opposition BJP staying away from the budget session, Congress legislators patting the back of a lame Virbhadra Singh government over the 2014-15 budget is the political show being enacted out there while current fiscals Rs 123.81 crore surplus budget estimate has all but collapsed and turned into a whopping Rs 2732 crore deficit estimate for 2014-15.

Why should anybody, least of all the duly elected legislators, bother about it? Without throwing up implementable solutions, the congress members staring and hitting out at the empty opposition benches have asked for improving resource mobilization and the opposition under the guise of bruised egos has found a prefect alibi to find time to mobilize public opinion for Narinder Modi’s upcoming rally.

A severe backlash threatening to sweep away the Congress at Delhi and non-performance of the Virbhadra government in the state is all there in the budget presented as the government attempts to woo all sections in election time.

Surely none expected any tough decisions and there are none presented.

Where the parliamentary affairs minister Mukesh Agnihotri miserably failed to break the deadlock with the opposition over the chief minister allegedly calling them ‘bonded labourers’, buried away in books accumulated losses of government companies (PSUs) touched Rs 2442 Crore.

HP State Electricity Board (HPSEB) in a power surplus state has accumulated losses of Rs 1940.24 crore, Public Transport service HRTC in a state without other means of transport had losses of Rs 764 crore.

Largely on paper, the highest accumulated profits at Rs 126.73 crore are shown that of HIMUDA, a housing government company. Should one visit the dilapidated office of HIMUDA and its shabby record keeping methods, one will never realize that it is a highly profitable government venture.

In all there were 41,457 employees in 22 PSUs in 2013-14. Taking cognizance of a 2003 government notification that was subsequently withdrawn; the HP High Court has ruled in a related case that all PSU employees are entitled to pensions.

Given the states weak finances, the government is unable to implement the directive. At one media conference call the chief minister said that the government would appeal the order in the Supreme Court.

Hard earned wages paid in as taxes for securing better services, be it health, education, water, roads or transport facilities are withered away to keep the government in business.

Rather than announcing a rational government employment policy, Virbhadra as finance minister in the assembly chose to blame the 13th Finance Commission. He stated:

“Speaker Sir, I may, however, point out the grim position of the State Finances. The Thirteenth Finance Commission grossly under-estimated the committed liabilities of the State.  The expenditure on salary was capped at 35% of the revenue expenditure net of interest payments and pensions, which was totally unrealistic.” 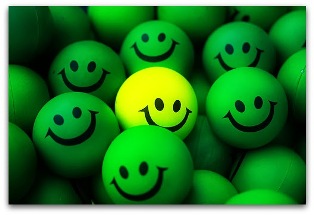 Browbeating employees for political considerations is a power that even petty politicians love to use. The High Court has tried to insulate employees from misuse of political power but the last word is yet to heard on the subject.

By continuing to live beyond ones means, things are sure going to get worse.

A rising per capita income would mean prosperity in the state but the finance minister also disclosed that there were 2,92,921 people drawing Rs 500/- per month, which would be increased to Rs 550/- from April 14, as social security pension. There were another 12,000 applications pending for being included in the social security net.

The number of BPL or Below Poverty Line families is increasing, there are more than 8 lakh enrolled with the unemployment exchanges, many are engaged as daily wagers and their are other weaker sections; where does the high per capita income of the state reflect, one fails to understand.

That’s the only way one can reconcile a higher per capita income figure with an increase in number of poor at the same time.

Kinnaur, last June-July, was battered by a severe summer storms that broke down roads, water supplies, damaged crops, private and public property. The government assessed the losses at 1972.08 crore and asked the central government for calamity relief.

With the opposition not having participated in the budget debate (perhaps for the first time in the 50 year history of Himachal assembly) the chief minister amused the ruling benches with:-

“Speaker Sir, we had submitted a memorandum of losses to GOI in July, 2013. I am happy to inform that the GOI has recently sanctioned Rs. 252.20 crore under calamity relief assistance.  However, I have again taken up matter with GoI for sanctioning more funds under calamity relief.”

After all it is budget session, and any tough question raised in the assembly can have the entire department burn mid-night oil to assemble together an answer for satisfying an agitated and edgy opposition or a disgruntled ruling legislator.

With BJP staying away from the house, there are no tough questions to bother Babudom.

Offering up cups of tea, one senior babu quipped, “In a court, without an opponent, the Virbhadra government is having a field day playing squash and we have never had it this easy during the budget session.”