Dehra Dun : Though union railway minister has proposed two new trains for the Kuman division of Uttarakhand – Lucknow-Kathgodam and Ramnagar-Chandigarh – and politicians are toeing their party lines in lauding or lashing at the railway budget, the fact of the situation remains that the aspirations of the aam aadmi of this small hill state have not been met.

There were lot of hopes that this being an election year and the Congress high command keen to win all the five Lok Sabha seats from Uttarakhand would ensure that there would be some proposals for Garhwal, specially the proposed Rs 4200 crores Rishikesh-Karanprayag railway line whose foundation stone was laid with much fanfare some time back. 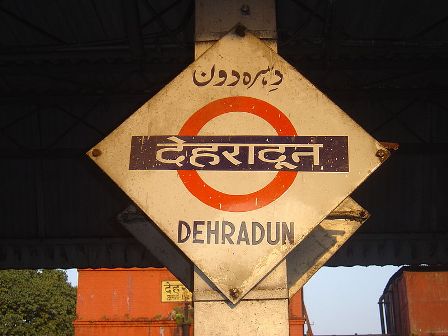 But with no funds earmarked for the project the future of the 124.3 kms track seems to be in limbo, as work even on acquiring land for the project will not be undertaken. The railway line was seen as a dream project by the people of Garhwal division of this small hill state as it would not have only made the char dhaam yatra and travel in the higher reaches, which is confined to roads cheaper and easier, it would have even facilitated the transportation of goods and thereby made them cheaper.

With a large number of pilgrims coming from the South for the char dhaam yatra to the shrines of Badrinath, Kedarnath, Yamnotri and Gangotri, for a long time now there was a desire that the Rilaway start a special train from a destination in the South for the four major pilgrim shrines, but even this has not fruitified.

Then there is the case of the Saharanour-Dehra Dun railway line. Touted in 1996, when a survey was conducted for the proposed track, but work has not been undertaken in the project beyond the survey stage and for 18 years now it remains on papers in the Railway ministry with the files gathering dust.

What is appalling is the fact that eversince independence the railway tracks in Uttarakhand have not moved an inch forward and remain where the Britishers left them.