New Delhi: Kumar Manikandan thinks the term physically-challenged means challenging life itself. The 26-year-old paraclimber from Bangalore has never felt the handicap to be a drag or a hurdle in life — especially when he left 22 opponents from 13 countries behind to win the gold in the men’s Arthritis and Neurological Physical Disability category at the International Federation of Sport Climbers Competition (IFSC) World Championship in Paris last month.

The disability has left Manikandan’s right leg weak from thigh to knee — but not his spirit. The son of carpenter Kumar and Usha Rani, who rolls incense sticks, Manikandan had other issues to contend with. He needed to raise Rs.2 lakh to make it to the French capital.

Luckily for Manikandan, the Karnataka State Police Housing Corporation (KSPHC) paid for his passage, the General Thimmaiah National Adventure Academy contributed Rs.50,000 and his friends chipped in with another Rs.50,000.

That’s not all. He had to travel all alone and fend for himself in an alien land. The organisers didn’t even provide hospitality or transport for such a major event.

“I went there alone. I stayed in a hotel in central Paris and commuted in the metro. I didn’t know French but managed with my English,” said Manikandan.

Manikandan forgot all his travails once the competition began, making sure he did not falter.

For the record, he beat his nearest competitors, Brazilian Raphael Nishimura and Frenchman Mathieu Besnard, to scale the highest on the 15-metre tall artificial rock climbing wall.

“In sports climbing, the French rating system considers the overall difficulty of the climb, taking into account the moves and the height to climb. This differs from most grading systems where one rates a climbing route according to the most difficult section,” he said.

But this is just the beginning for the man who has spent most of his time in the less than modest surroundings of Sriramapuram, notorious for gang wars. Having scaled one mountain, he has set his sights on other major goals.

“Life has been difficult for me, it is worse when people around you think that any challenge is beyond a handicapped person. But I have never allowed negative thoughts to cross my mind and that grit has allowed me to attain my goals.

“This is only the beginning. My aim is to participate in other disciplines earmarked internationally for the physically challenged,” Manikandan said. 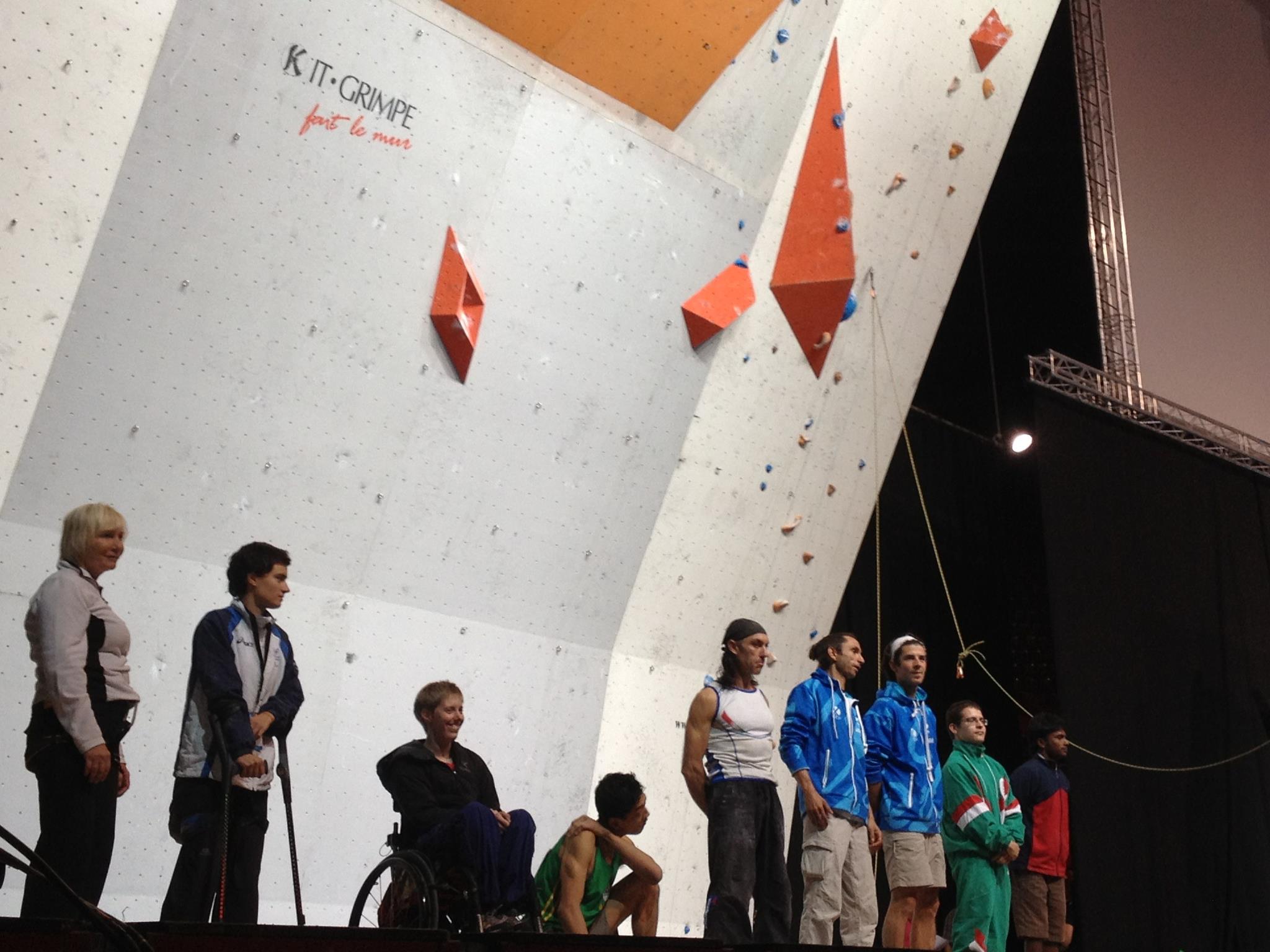 His achievement is slowly sinking in for his family which has been after him to give up sports and find a decent job. His parents still can’t fathom what Manikandan has achieved.

The Karnataka state government promised him a reward of Rs.3 lakh and he is waiting for the sum.

“My parents always used to tell me to find a job, but somehow I managed to convince them that sport also can make a person big. They don’t know much about the sport or what I do, so they still don’t understand what I have achieved.

“The state government has told me that I would receive Rs.3 lakh but haven’t received it yet,” he said.

Manikandan has decided to give the sport a push by training rock climbing enthusiasts. He aims to erect an artificial climbing wall near his house and wants the state government to help him.

“I already train 10 people but to improve their skills and mine I want to build an international standard wall. It will be very expensive and I have already submitted a letter to the state government seeking its help,” he said.

Rock climbing as an adventure sport is catching on in the country. One example of its popularity was showcased when a 12-metre high artificial rock climbing wall was constructed at a cost of Rs.95 lakh in the idyllic Kashmir Valley.

Manikandan wants more such walls all over the country for more and more youngsters to take to adventure sport.