Fearing many  innocent investors being lured by fancy interest rates offering by NBFCs, Reserve Bank of India executives yesterday at public information campaign at Jaisingpur  in Kangra, cautioned the people from falling into such a trap.

Sharing views of the RBI he said that public should hold more caution when dealing with non banking financial companies. 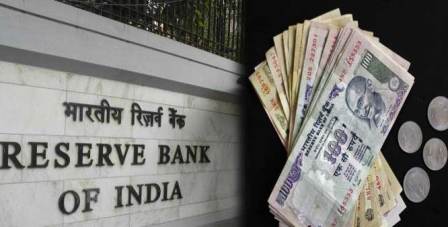 He further added that people are getting lured by some NBFCs which are offering double returns at about 15 per cent or more rate of interest and this acts as a trap for innocent investors. Bhati said that unsafe funds such as Sahara and Golden forest should be avoided at all costs.

The RBI officer informed that more than 24000 thousand cases of chit funds are already registered in India. This shows huge volume of the menace. Due to rising cases of financial frauds committed by various dubious financial firms across the country, the RBI has launched a driver to educate common masses against the perils of investing in doubtful schemes.

He said that people who are interested in investing their hard earned money or retirement funds must only look towards public sector & private banks or category-A firms.

It’s impossible for non banking firms to offer double returns within two to three years against your savings at interest rates of more than 12.50 per cent, Bhati added. Mostly, such firms run away with huge money deposits of people after enticing them with assurance of 100 per cent returns in a quick time.

Every depositor must verify if the money saving firm holds a valid Certificate of Registration by the RBI or not. Only certified firms are allowed by the RBI to hold depositor’s money in saving form. Your money is completely insured with such firms.

The Public Information Campaign by the RBI also warned people against prevalence of fake currency menace in the market. Public was also informed about the ways of exchanging damaged currency notes with banks.

Bhati said that only 16 states have approved the Depositors Protection Act till now, as advised by the RBI in order to curb the threat of illegal financial trades coming up in huge numbers recently.

Also addressing the occasion was District Bank Manager R S Rohil who cautioned people about using their ATM cards and performing mobile banking with care. He advised that people should avoid replying to messages of any lottery and award offer as they are only sent with a sole aim of trapping the receiver and eating away his savings. Jewelry should always be kept in bank lockers for maximum protection and it doesn’t cost much but only Rs 50 to Rs 60 monthly for the same, Rohil said.