Mumbai: Actor Suniel Shetty says it is surprising that Bollywood is ignored for the Bharat Ratna, the highest civilian award in the country for performance of the highest order in any field. 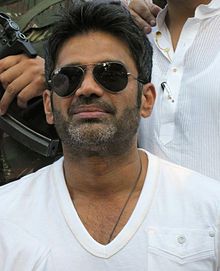 “My view is that there are only two things that unite this country – sports and Bollywood. So this has always been surprising and we also ask this question again and again,” the 51-year-old said when asked about Sachin Tendulkar and Bollywood being ignored yet again for the Bharat Ratna.

He was speaking at a wrestling competition here.

This year’s Padma awards were announced Friday. While no one was awarded the Bharat Ratna this year, quite a few film personalities have won Padma Shri and Padma Bhushan.

Till date, filmmaker Satyajit Ray (1992) and singer Lata Mangeshkar (2001) have been the only film personalities to have been awarded the Bharat Ratna.

Meanwhile, talking about the importance of wrestling as a sport, Suniel said: “I personally believe that wrestling and hockey are our national sports and not cricket. Of course, I am a huge cricket fan, but if wrestling is also promoted like this (cricket) it will be good for India.”

“At the Olympics and Asian Games also, we get most medals in wrestling. Still it is not given that kind of importance,” he added.