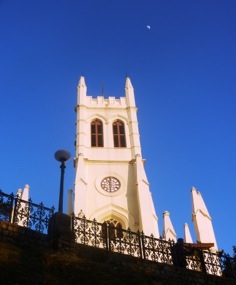 In a missive to union Minister for Environment and Forests Jayanthi Natarajan, they demanded the cancellation of the environment clearance granted by the ministry’s panel to the state-run Satluj Jal Vidyut Nigam Ltd. (SJVNL) for its 775 MW Luhri project on the Satluj river in upper Shimla.

An expert appraisal committee (EAC) on river valley projects of the ministry had recommended environmental clearance to the project at its meeting last November, the letter said.

“Recommending environment clearance without first undertaking carrying capacity and cumulative impact assessment is in violation of the Supreme Court order of May 2006,” the letter said.

Quoting the apex court order, the letter said that preventive measures have to be taken, keeping in view carrying capacity of the ecosystem operating in the environmental surroundings under consideration.

The activists claimed that since the carrying capacity of the Satluj basin was not known, the project could not get a nod from the environment ministry.

“The expert appraisal committee’s decision is in violation of the Supreme Court order,” the letter said.

The letter pointed out that the Luhri project has a head race tunnel length of 38.14 km, the longest in the world.

“The tunnel will bypass over 50 km length of the river, in addition to the 6.8 km long reservoir. So the project will destroy close to 60 km length of the mighty, already over-dammed Satluj river,” the letter said.

The activists claimed that the project would hit 2,337 land owners and 9,674 people belonging to over a hundred villages, including the 78 villages located along the head race tunnel.

According to forest department estimates, over 9,000 hectares of forest land has so far been diverted for non-forest uses. Of this, 7,000 hectares have been used for hydel projects.