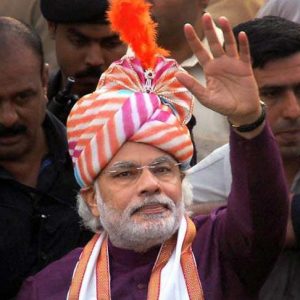 “Wherever I go, common people and party workers say they want Narendra Modi to be the prime ministerial candidate from the BJP and the party will benefit from it,” Sinha told reporters here.

“After considering all aspects, I too feel that if BJP declares him as the prime minister candidate it will make a huge difference to the party,” he said, adding that this was his personal view.

The BJP has so far maintained silence on the issue.

Asked if ally Janata Dal-United (JD-U) would agree to the choice of Modi as the candidate for the top post, Sinha said he was reflecting the mood of the people and partners should accept it.

“I am reflecting the mood of the country, and the mood of the BJP. JD-U is a different party. My personal view is that if BJP leadership were to project a prime ministerial candidate, other partners should accept and should not make an issue about it,” Sinha said.

JD-U, the second largest party in the BJP-led National Democratic Alliance (NDA), has opposed Modi’s selection as the prime ministerial candidate of the alliance, saying he lacks secular credentials.