New Delhi: The BJP today asked Prime Minister Manmohan Singh and the government to spell out why the alleged land scam involving Congress president Sonia Gandhi’s son-in-law Robert Vadra was not being probed. 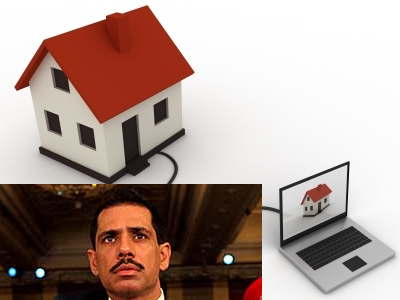 “Why is Robert Vadra not being probed? There is new evidence everyday of how land was given in Haryana, Rajasthan…the entire Congress party is silent. Why is the allotment to DLF not probed?” Bharatiya Janata Party (BJP) spokesperson Ravi Shankar Prasad asked during press conference here.

The party also wanted to know from the prime minister why there was no probe on his role in the coal blocks allocation, said to have caused a presumptive loss of Rs.1.86 lakh crore ($38 billion) to the exchequer.

“What was Dr Manmohan Singh’s role in coal block allocations? Why is he not being probed?” Prasad wondered.

The party also questioned the prime minister on other reported scams and scandals that have come to the fore since 2009 such as those surrounding the 2G spectrum allocation and Commonwealth Games of 2010.

“The country wants to know what is preventing the CBI and the Enforcement Directorate to carry out an impartial probe in the Aircel-Maxis deal. They have said so in Supreme Court. The government must explain,” he said.

“The Shunglu Committee has indicted the Sheila Dikshit government (in Delhi) in the Commonwealth Games scam. The prime minister had committed in parliament he will act on the report. We ask the prime minister: What action has been taken,” he asked.