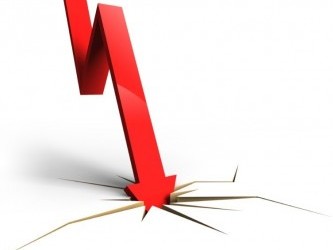 New Delhi:  India’s inflation fell to an eight-month low of 7.45 percent in October, as compared to 7.81 percent in the previous month, owing to softening in food and fuel prices, government data today showed.

This is the lowest level of the wholesale price index (WPI)-based inflation since February. Inflation was recorded at 9.87 percent in the corresponding month of previous year.

Wholesale price-based food inflation declined to 6.62 percent in October this year from 10.17 percent recorded in the corresponding month of previous year, largely due to the decline in the prices of vegetables and onion and moderate increase in fruits and milk prices, according to data released by the ministry of commerce and industry.

Food inflation has moderated despite a sharp rise in prices of cereals and pulses. Wheat became costlier by 19.78 percent while rice became expensive by 11.40 percent and the price of pulses surged by 20 percent year-on-year.

However, vegetables have become cheaper by 7.45 percent in wholesale market. Price of onion dropped by 8.99 percent in October.

According to official data released Monday, inflation based on the consumer price index (CPI) rose marginally to 9.75 percent in October as compared to 9.73 percent in the previous month.

The government has revised the August inflation upward to 8.01 percent as compared to 7.55 percent reported earlier.

Moderation in inflation would give some relief to the policymakers who have been struggling to balance the need for controlling inflationary pressure and stimulate economic growth, which has slumped to nearly a decade low.

Inflation has remained at an elevated level despite a tight monetary policy adopted by the Reserve Bank of India.

In the second quarter review of monetary policy for 2012-13 announced at the end of last month, the RBI kept key lending and borrowing rates unchanged, saying inflation remained sticky and might rise further in the third quarter of the current financial year.

The RBI has revised upward its projection for wholesale price index based inflation to 7.5 percent from its earlier estimate of 7 percent announced in July.

With the moderation in the WPI-based inflation, the country’s main inflation gauge, demand for rate cuts by the RBI will be louder. Industry bodies as well as the government have been putting pressure on the central bank to loosen monetary policy to stimulate growth.

“The inflation numbers are showing signs of moderation with inflation coming down from 8 percent in August to 7.81 percent in September and further down to 7.45 percent in October. This should encourage RBI to fine tune the monetary policy with the view to bolster growth particularly that of the manufacturing sector,” said R. V. Kanoria, president, Federation of Indian Chambers of Commerce and Industry (FICCI).

Fuel and power inflation moderated to 11.71 percent in October as compared to 12 percent in the previous month and 14.79 percent recorded in the corresponding month of last year.

Inflation of manufactured products declined to 5.95 percent in October 2012 as compared to 8.05 percent in the corresponding month of previous year.