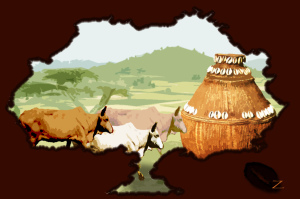 New Delhi:  Ethnic literature can no longer be ignored as these reflected the country’s rich folk traditions and kept India’s diverse languages alive, says acclaimed poet and translator Sitakant Mahapatra who has been honoured for his contribution to give recognition to tribal Santhali literature.

“The idea of a sovereign state is a myth. The state is surrounded by ethnic cultural identities and has to comprise of indigenous groups,” says the 75-year-old former IAS officer, known for his two decades of work in bringing tribal Santhali literature into the national consciousness.

Mahapatra said the state must provide special facilities, open special schools and set aside more funds for the development of ethnic communities like Santhals.

“Literature is also an important aspect in the evolution of tribal people as distinct ethnic groups,” Mahapatra let this correspondent know after receiving a lifetime achievement award at a literature festival here last week. Mahapatra has collected oral poems of Santhal tribal groups from the Orissa-Jharkhand-Chhattisgarh region and translated them into English.

These were published in eight volumes as “They Sing Life: Anthology of Oral Poetry of the Primitive Tribes of India”.

Santhals, along with Gonds and Bhils, are the three largest tribal groups of the country.

But modernisation, Mahapatra said, brought about by unchecked industrialisation in the mineral and natural resource-rich region in the last two centuries, had changed the lifestyle and socio-political structures of the ethnic groups.

“New agricultural policies, educational system, political system and ‘panchayati raj’ have come in. This modernisation has touched all aspects– their health, spirit and livelihood,” Mahapatra said.

Another book of his, “Bringing Them Back to School”, probes the high dropout rate among ethnic children, suggesting ways to make them return to classrooms.

He said he began studying Santhali society during his time as deputy commissioner of Mayurbhanj in Odisha and found that Santhali poetry was about everyday life.

“Its essence is simple. The Santhals sing of life, pain and joys. They speak of their community and their ancestors, who are their demigods. They sing of their gods…They take a holistic view of the world,” says Mahapatra.

The poetry is also a mirror of the tribe’s collective spirit, he said.

“They cannot think of being alone. They are close to nature and often worship natural symbols. Their gods are free. They believe in a five-fold reality as their philosophy in life and prefer to live as groups.”

“Till the year 2000, they lived in a contiguous area. But they claimed and a got a state (Jharkhand) where they are a majority. They have a script, invented by one of their leading intellectuals, Raghunath Murmu,” Mahapatra said.

He has also published two volumes on the changing Santhali society — “Modernisation and Rituals” and “The Realm of the Sacred”.

He is now working on a project on the Santhal rebellion.

Mahapatra, a native of Odisha, is also an accomplished poet – with 15 collections to his name, besides some essay collections, a travelogue and more than 30 contemplative works in Odiya. He has also been honoured with Jnanpith and Sahitya Akademi awards and Padma Vibhusan.

“Folk traditions are keeping languages alive. One has to go back to folk to see how they have helped language evolve,” he said.