We met a ‘married’ lady a few days back. The usual boring session of introducing each other followed where no one was actually interested to know who’s who.

Someone asked her, “So, how many children do you have?”

An uncomfortable silence prevailed. Awkwardly, everybody tried to change the topic of the conversation. After a while, when the ‘childless’ woman left, one woman was heard saying to another with a fictitious pity in her voice, “The poor woman has no child. How sad that is! I wonder what the problem might be.”

This incident is a proof of the fact that in our society, it is given that marriage should follow procreation. If someone decides against this norm, they find themselves under scrutiny everywhere.

Why is it like this? Why is it assumed that if someone marries, they ought to have a child a couple of years later, ideally just after nine months otherwise a barrage of questions and questioning eyes follow the couple everywhere, mostly the woman. One does not marry just to have children.

Who says that every married couple should have a child? In the earlier times having as many children, cattle, and wives used to be a status symbol; 20 children, 6 wives, and 54 cows.

Now times have changed. These days people decide to become parents because of various reasons- they love kids, they want to adhere to the tradition, they wish to continue their progeny, they love the idea of their child fulfilling the dream, which they themselves were never able to accomplish, or may be just to please others. 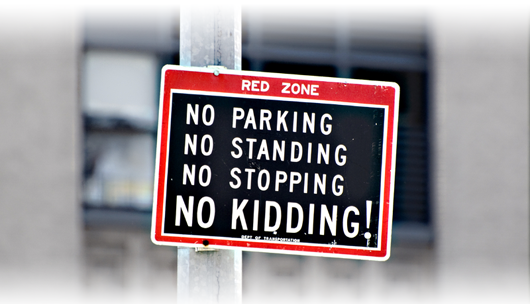 Whatever the reason might or might not be, they are always obligated to furnish an explanation. However, no one asks a ‘proud parent’ that why they decided to have a child. Hence, this cross of justification is carried perpetually on the backs of those people who have taken an ‘unconventional’ path and decided not to have a child.

The burden of justification, in an ideal world should lie on those people who decide to procreate, and not on those who choose to be childless. Isn’t creating a life more worthy of an explanation than not creating one?

The individuals who give birth to a child are bringing into this world another human being who is dependant, weak, helpless, and vulnerable. Therefore, individuals who decide not to have children are taking a path, which is easy and less perilous because having a child means that you have to take responsibility for that child for at least next 20 or more years to come or may be for eternity.

This world is already an ideal place for misery and hardships. Corruption, castism, child abuse, rapes, female feticide, this world is full of pain, why drag an innocent soul unnecessarily to this circus?

Having a child is a life transforming decision and it is not the same as your decision of education, career, and marriage because such decisions can be easily revoked. Once you bring a child into this world, there is absolutely no looking back. Procreating is more than just a biological inclination because if it were so, we would have been no different from animals. It is about taking responsibility for another human being whose future might be at risk.

It’s not an endorsement of childlessness and criticism of those who have children. It is an argument for the need to contemplate deeply about this vital aspect of human life. Moreover, these days procreation is becoming more and more of a choice because of the easy availability of contraceptives. Thus, people are taking such decisions; they are choosing not to have children.

Bringing a life on this earth is one of the most important decisions of an individual’s life and it should be treated so.

Likewise, deciding not to have a child is an equally respectable decision and it should be treated so.

All of us need to think seriously about every single decision of our lives, having a child, being one of them. One should not have a child because everyone is having one. In order to have someone to take care of you in old age should not be one of the selfish reasons to have a child. If one wishes to have a child, it should be given a serious thought. Why exactly you decide to bring a life on this earth, this question must be answered.

Every time you switch on the television and see little kids as young as 5 or 6 years old innocently gyrating to the beats of “Sheila ki jawani” (there’s a lot of trash going around, ‘choose carefully’) to win a dance competition, just wonder whether becoming a dancer was the parents’ dream or the child’s dream.

Ask yourself, what other things this child is besides being a magnificent dancer.

Ask yourself, whether you want an engineer, a doctor, a singer, a dancer or just a son (a daughter in some ‘exceptional cases’)

To procreate or not to procreate, there has got to be a solid reason because bringing or not bringing life to this world should not be just whim,  pleasure, or a mistake.