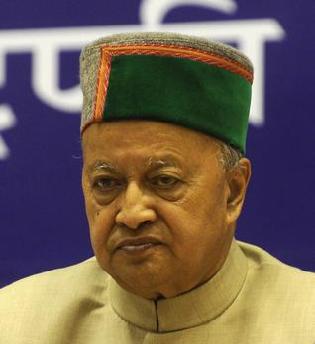 The judge also announced September 21 for starting to record evidence in the criminal case.

Making a strong plea for cancelling of bail, public prosecutor Jiwan Lal Sharma let the court know that an attempt had been made to induce as well as threaten prosecution witnesses in the case.

A complaint lodged before the police by HN Handa, and a statement of Amar Singh, both prosecution witnesses, were relied upon by the public prosecutor to make out a case for cancelling of bail, arguing that the accused who is a five time former chief minister was an influential man and could affect the course of trial.

With filing of charges in October, 2010, the court had granted conditional bail to the accused who then was a cabinet minister in the Manmohan Singh government.

Virbhadra’s counsel Shrawan Dogra tore into the prosecutions arguments by contesting that the evidence produced was concocted to frame the accused in a politically motivated case.

Dogra said that the prosecution was heavily relying on unauthorized video and audio recordings to wrongly claim that prosecution witnesses HN Handa was pursued by the accused to retract from his statement recorded before the police.

He pointed out that the court had already held a CD produced as evidence during framing of charge as inadmissible evidence.

The defense lawyer cited that two prosecution witnesses Brigadier (Retd) Kapil Mohan, owner of Mohan Meakin Breweries and PC Jain of Ambuja Cements had petitioned the High Court stating that they had made no statement before the police which had been produced as evidence against the accused.

Having heard out the two sides, the judge reserved his order for September 15.

The judge also announced his intention for early hearing of evidence in the case.

Virbhadra and his wife Pratibha Singh are accused in the case of having accepted illegal gratifications for establishment of a cement plant and to grant more time than permitted to the liquor company for adding an effluent treatment plant to its Solan distillery in 1989-90.

The case was made out on basis of a CD made public by Vijay Singh Mankotia in June 2007, which allegedly has recorded telephone conversations of Virbhadra and his wife Pratibha with deceased bureaucrat Mohinder Lal talking about illegal money transactions. The court has already held it as inadmissible evidence.

After investigation, a case under Prevention of Corruption Act was made out and an FIR was registered in 2009.