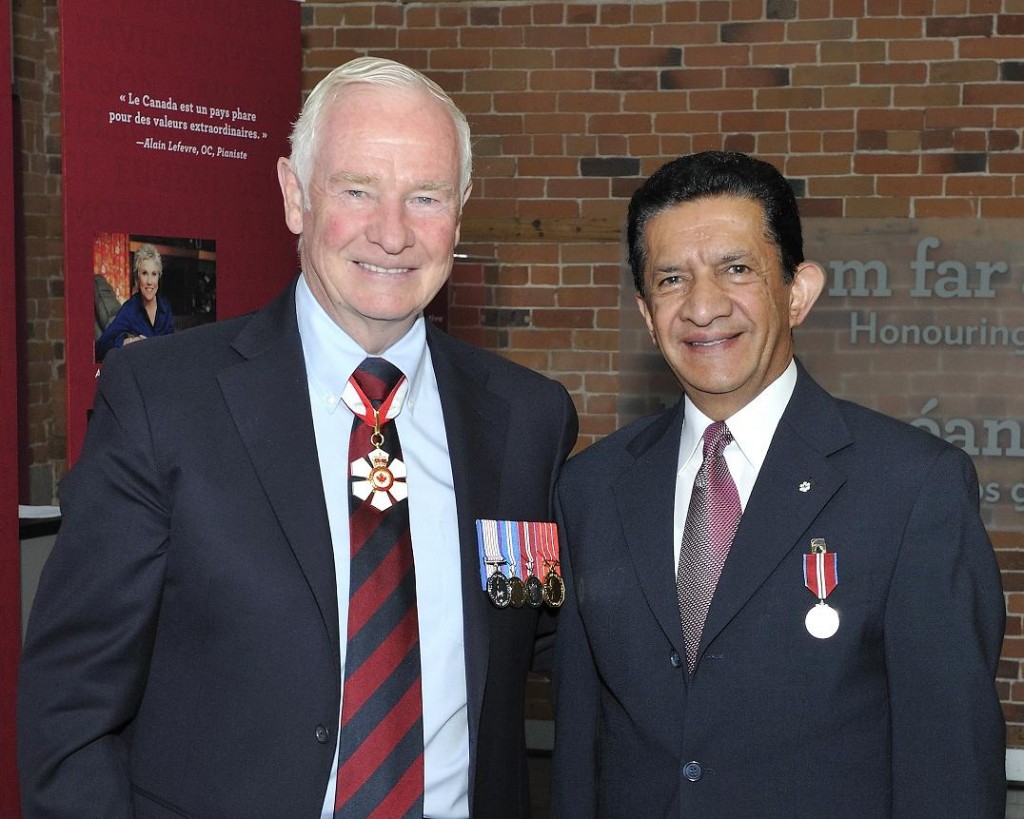 Ottawa:  Indian-origin journalist Sultan Jessa has been presented with the Queen Elizabeth diamond jubilee medal by Canada’s Governor-General David Johnston at a special ceremony here in recognition of his remarkable service.

The medal, specially created to mark the 60th anniversary of Queen Elizabeth II, was presented Monday to Canadians for their significant achievement and remarkable service.

The retired, Tanzania-born journalist has scored a hat trick to mark Queen Elizabeth’s accession to the British throne. He was presented with the Queen’s silver jubilee medal in 1977 and the golden jubilee medal in 2002.

“It is quite an honour to receive all three medals,” said Jessa, who has previously received the Order of Canada, the country’s most prestigious and highest civilian order for 35 years of community service.

“It encourages you to continue to help others. You don’t seek recognition, but it’s heartwarming when the work you do is appreciated,” he said.

In 2010, Jessa was selected as one among Canada’s top 25 immigrants. This award is given to people who have not only succeeded in Canada, but have made a difference in their adopted country.

Born in Moshi on the slopes of Mt. Kilimanjaro, Tanzania, the former editor and publisher of Northern News in Arusha, at one time worked for The Nationalist and Standard in Dar es Salaam before moving to Nairobi to work for the Daily and Sunday Nation.

He moved to Canada in 1973 and started working for Standard-Freeholder, a newspaper owned by the Thomson chain. Six years after arriving in Canada, Jessa was made Citizen of the Year of Cornwall, Ontario.

Jessa has received numerous honours from municipal, provincial and federal governments. The journalist has also been honoured by Rotary, Kinsmen and the Ontario Medical Association. An Ismaili, he has a rare distinction of being honoured by the Catholic, Jewish and Sikh communities.

Jessa, who lives in Quebec, is married to Rosila and the couple has two daughters, Anaar and Yasmin.