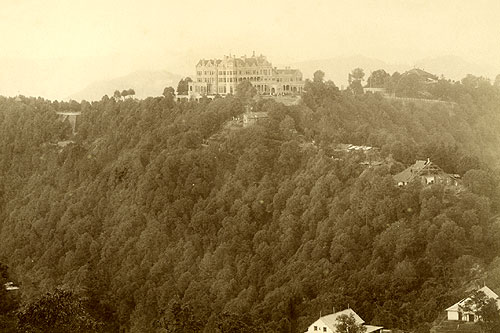 Shimla: Having assigned security measures to a private agency has not helped to secure heritage property at the Viceregal Lodge, which houses the Indian Institute of Advanced Studies as a 30 Kg bell said to be made from an eight metal alloy has gone missing right from front of the building.

â€œA bell weighing 30 Kgs along with a wooden stand weighing about 60 Kgs going missing from a double cordon of security at the Viceregal Lodge is sheer negligence,â€ said RM Sharma, superintendent police. â€œConnivance of the security personnel deployed in the theft case is being probed,â€ he added.

The historic bell is said to have been donated in 1903 by the Raja of Nepal when he had come visiting Viceroy of India, said the police officer.

Interestingly, the heritage building located in a sprawling campus which otherwise belongs to presidential properties, has a two circle round the clock guard outsourced to a private agency. 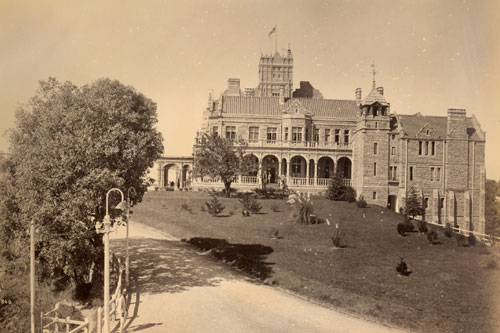 The landmark bell was right in front of the reception to the building and could not have been moved out without a vehicle being involved,â€ said an investigating officer. The wooden stand on which the bell used to hang was recovered by the police outside the Viceregal complex, he disclosed.

The Viceregal Lodge was given out by academician President S Radhakrishnan for housing the IIAS, who have been occupying the building ever since 1965.

The building made of light grey stone was started in 1866 and completed in 1888. Lord and Lady Dufferin its first occupants moved into the building on 23 July 1888. 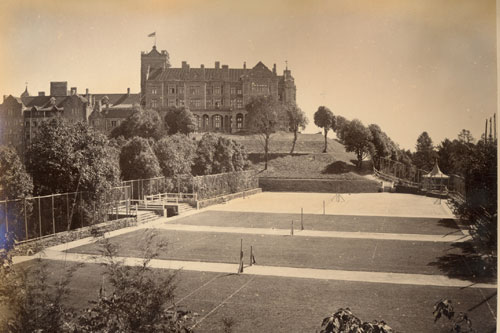 Having housed many Viceroys and witness to many historical events which includes deliberations on India and Pakistanâ€™s partition, after Independence the building passed onto the President of India and was named â€œRashtrapati Niwas before it was given to IIAS which was registered on 6 October 1964 under the Registration of Societies Act of 1860.