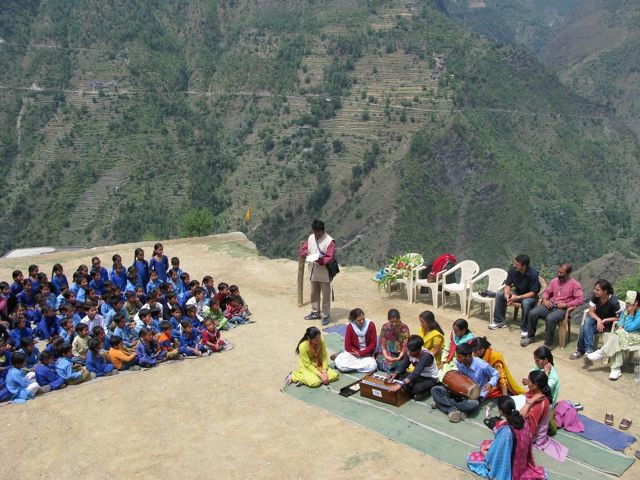 Shimla: Mounting protests over construction of Renuka Dam on Giri River for meeting water needs of Delhi has compelled the state government to sweeten the offer by proposing to disburse a portion of CAT funds to inhabitants as environmental services.

Forest minister JP Nadda told reporters on Tuesday that in a departure from earlier Catchment Area Treatment (CAT) plans being executed for other hydropower projects, “10 percent of CAT funds for Renuka Dam project that the project developer deposits environment conservation purposes would be given to local residents towards environmental services rendered.”

Henceforth CAT plans for all new projects cleared would have an environmental services component that would be disbursed to the local people, he declared.

About the process of selecting beneficiaries, the minister said, “a consultant had been appointed who would help the department to develop a payment for environment services model, a first of its kind in the country.”

The Rs 2700 crore Renuka Dam project has been accorded environment clearance by ministry of environment and forests. On completion the dam is expected to augment 275 million gallons of water supply per day for Delhi by 2014.

Environmentalist has been demanding scraping of the project whereas people likely to be displaced or affected otherwise have been protesting over the relief and rehabilitation package offered.

Revised project execution plan intend to use about 750 hectares of forest lands which include diverting about 50 hectares from Renuka Wildlife Sanctuary for the purpose. The entire cost is to be totally shared by central and Delhi government and in fact Delhi Jal Board has already paid Himachal government Rs 250 crore for the dam construction. Even though the environment management plan is yet to be cleared but the CAT plan is estimated to be around Rs 120 crore.

Demanding scrapping of the Renuka Dam project, Manshi Asher, from the environmental NGO Himalaya Niti Abhiyan said, “the government is insensitive as it have forcibly begun acquiring land for the project without even doing a social impact assessment of the proposed project.”

Protesting against the land acquisition and construction of the dam, Yogendra Kapila of Renuka Bandh Sangharsh Samiti said, “we have no clue about who is a project affected person as no survey has been conducted and there is a complete lack of transparency.”

Dismissing payment for environmental services being considered any kind of sop, additional chief secretary forest Avay Shukla said,  “it is a considered decision of the government.”

After a methodology for making these payments is settled upon, which will bind the inhabitants into adopting such agricultural and conservation practices that would check soil erosion and help in improving water quality, the beneficiaries would be given 10 percent of the CAT plans funds for environmental services rendered, said Shukla.