Shimla: In just about six months of taking over as Himachal Pradesh chief minister for the sixth time, Virbhadra Singh has offered plum posts in public sector undertakings and government bodies to nine politicians. An equal number of appointments are in the pipeline, Congress party sources say. 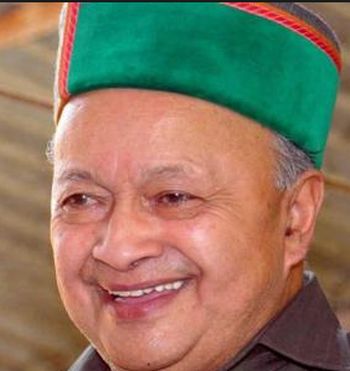 The chief minister is popularly known as Raja Saab, as he was born in the erstwhile princely state of Rampur Bushahr.
His critics believe that the shrewd septuagenarian is being guided by something more than the desire to be benevolent.

Two of the four latest appointees are not of his choice, say party leaders. One of them is a loyalist of his rivals within the Congress and the other owes his position to his proximity to the party high command.

By appointing them, the chief minister has not only strengthened his own hands but also reduced the number of rivals within the party, besides keeping the top Congress bosses in good humour, says a political observer.

Bhajji is believed to be a staunch loyalist of Commerce Minister Anand Sharma, known for his ideological differences with Virbhadra Singh, while Karat, who had unsuccessfully contested the state assembly elections in 2007, was the choice of 10 Janpath.

Karat’s father Padma Ram had served the Nehru-Gandhi family as a cook for over three decades.

Earlier, the chief minister had bestowed posts on his trusted loyalists only. They are Kuldeep Pathania, Harsh Mahajan, Ram Lal Thakur and Subhash Manglet, all former legislators, and Hardeep Bawa.

The additional list given by Virbhadra Singh to the party high command last week for being appointed as chairmen and vice chairmen is yet to get the final nod, said a senior party leader.

He said only those appointments were made this week which had got clearance from the high command a long time ago.

Last week, both Virbhadra Singh and state party chief Sukhvinder Singh had held closed-door meetings with state party in-charge Ambika Soni in New Delhi on finalising more appointments but a final call is yet to be taken.

Unlike Virbhadra Singh, his BJP predecessor Prem Kumar Dhumal kept almost all these posts vacant and kept the powers in his own hands.