One nation, two sets of laws to protect vote banks compelled Omar Abdullah to vow that that any abrogation of Article 370 would be over his “dead body”. He said so in a public rally, where PM Manmohan Singh and UPA chairperson Sonia Gandhi were also present.

Omar presumed that the people of Jammu & Kashmir would whole-heartedly follow him in his “dead-body” remark, because he actually said that the abrogation would be over “our” dead bodies. That seems to be his confidence that people of Jammu, Kashmir and Laddakh region share his view. 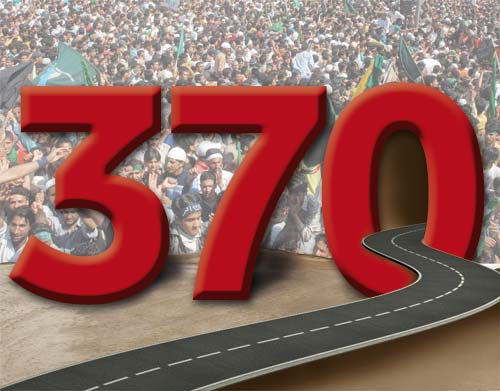 The provocation was senior BJP leader Advani’s asking for a relook at the contentious Article 370 of the Indian constitution in his blog post, sometime ago. 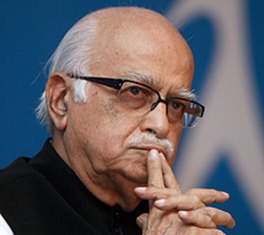 There was nothing unlawful in the BJP patriarch’s remarks that the provision which accords a special autonomous status of sorts to J&K has not been good for the State. Congress leaders like Sardar Vallabhbhai Patel were also strongly opposed to it when it was mooted.

Advani only quoted history and Omar tried to strengthen his vote bank. Advani wrote out his views on the blog, “The country eagerly awaits the day when Article 370 would be repealed, and the two Vidhan (Constitutions) also would become one.”

It a country where discrimination and disparity abound, a sane voice for oneness of a nation is a need of the hour.

Be it in education, jobs, even for contesting elections, equality is an issue, then why not equality of law and application of constitution in all 28 states of the union of India?

The hypocrisy of Omar resolve of “over our bodies” does not show up when elected panchayat members in Jammu & Kashmir are threatened or shot dead by militants.

The Chief Minister also does not threaten to lay down his life when terrorists attack military personnel and grievously injure or kill them.

Omar asserted that this article 370 is a bridge between J&K and the country. But by giving the State its own Constitution; by giving it the right to have its own laws in all matters except defence, foreign affairs, finance and communication; by ensuring that no other law of the country would be applicable to J&K unless the State Assembly concurs with it. 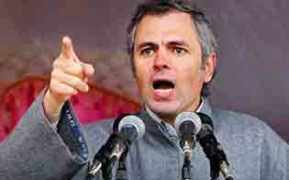 It would be safe to conclude that the “state” ‘integrates’ with the rest of the country on its own terms because the people of Jammu & Kashmir live by a set of laws which is only meant for that state.

Though the provision of Article was never meant to exist forever, but it was a condition under which the State’s then ruler (RAJA HARI SINGH) signed the Instrument of Accession with India.

This special condition was resorted to the state for the purpose of ‘integration’, but if it has not been achieved in six decades then why Article 370 still exist. There should be some other way out rather than sticking to same article.

Before the extreme posturing over repealing of Article 370, Omar should spell out what it would take and mean to achieve normalcy in the embattled state, facing the bullets of terrorism for decades.

He also needs to explain that if this article has failed to bring ‘normalcy’ in the state for six decades then how it would do so now.

But real fact is that ‘normalcy’ will only come when the Article is effectively done away with because for six decade ‘all is not well’ which even Omar and his ‘supporters’ don’t dispute.

Omar’s remark terming revoking of Article 370 as ‘Communal’ is amusing. How so? Is this article to serve a particular community only, notwithstanding the ethnic cleansing of usurping the properties of Kashmiri Pandit families, rendering most of them homeless in their own land? If not so then how does repealing of Article 370 becomes ‘communal?

Omar and his ‘supporters’ argue that revoking article 370 would fuel militancy. But the article has been around for six decades and it has neither ended secessionist movements nor contained militancy.

Saurabh Chauhan is a Shimla based independent commentator.