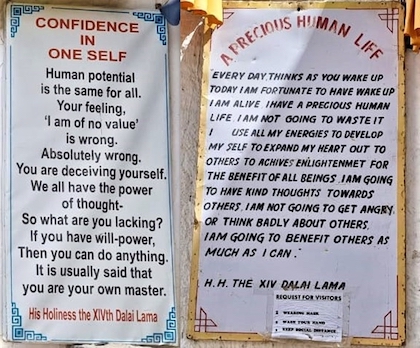 Indian Federation of United Nations Associations# is having a bilateral exchange of goodwill delegations between United Nations Association of China (which is part of Ministry of Foreign Affairs of China). The delegation of UNA-China had visited India in the year 2015. I joined the Indian delegation, visiting China between22nd April 2017 and 28th April 2017. Atithi Dev Bhav; we enjoyed the superb hospitality; besides exchange of pleasantries. Thanks to Ms. Li Nan* who had organized the programme so well that time never hung heavy.

Time is a continuum. “Hindi Chini Bhai Bhai” was a declaration of brotherhood between India and China, between 1954—1962. One of the first set of formal talks between China and India on ‘the border’ were following Zhou Enlai’s visit to India in 19–25 April 1960. Five Principles of Peaceful Coexistence, or “pancha shila”, however, eloped with the Sino-Indian War of 1962. 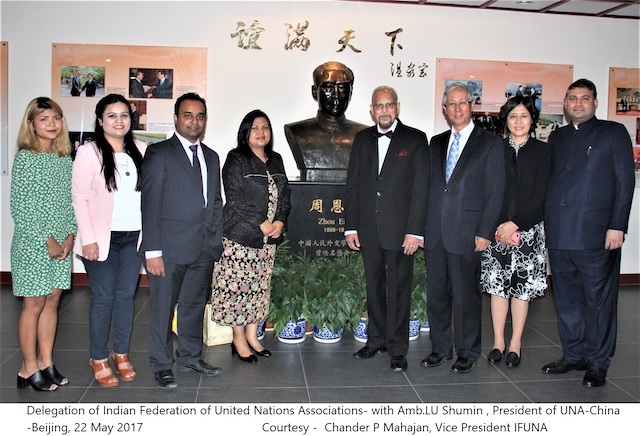 Be it an allusion to cooperation or just an illusion, the resonance of the echoing sirens of war pulls me back into the Naseem Bagh campus of Regional Engineering College, Srinagar. Great friendships are easier declared than sustained.

The highest mountain in the world (29,028 feet) is named in the honor of the Welshman Sir George Everest who was the first surveyor of India. The Chinese call Mount Everest Qomolangma, which means “Mother Goddess of the Earth.” India’s government held the view that the Himalayas were the ancient boundaries of the Indian subcontinent and thus should be the modern boundaries of British India and later the Republic of India. India does not recognise that Pakistan and China have a common border, and claims the tract as part of the domains of the pre-1947 state of Jammu and Kashmir. 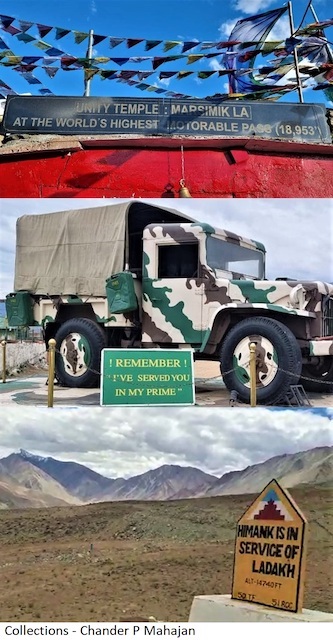 The Sino-Indian border dispute is an ongoing territorial dispute over the sovereignty of two relatively large, and several smaller, separated pieces of territory between China and India.

The first of the territories, Aksai Chin, a desolate- largely uninhabited area, is administered by China as part of the Xinjiang Uygur Autonomous Region and Tibet Autonomous Region and claimed by India as part of the union territory of Ladakh. The other disputed territory is south of the McMahon Line, formerly known as the North-East Frontier Agency and now called Arunachal Pradesh. Most of India-controlled Arunachal Pradesh is also claimed by China, especially Tawang.

One of the earliest treaties regarding the boundaries in the western sector was issued in 1842 following the Dogra–Tibetan War.

Due to the ambiguity of earlier rounds of border talks beginning from the 1890 Anglo-Chinese Convention that was signed in Kolkata on 17 March 1890, each country refers to different agreements drawn when trying to defend its position on the border dispute. 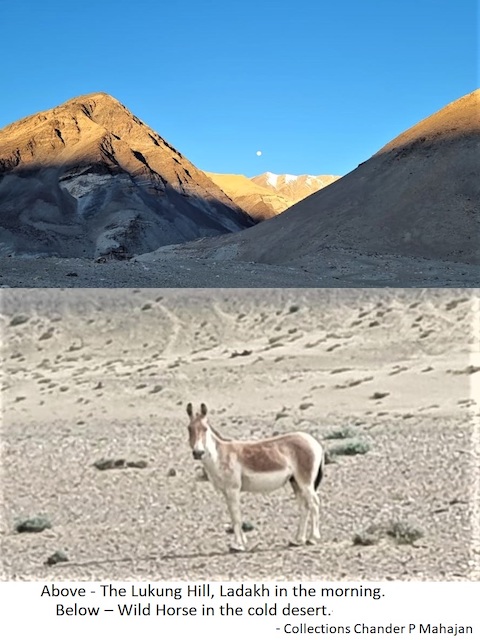 The 1914 Convention held at Simla^ concerning Tibet’s status and borders was attended by the representatives of British India, Tibet and China. The McMahon Line, a proposed boundary between Tibet and India for the eastern sector, was drawn by British negotiator Henry McMahon on a map attached to the agreement. China, somehow, did not ratify the agreement arguing that Tibet was never independent when it signed the Simla^ Convention.

The “Peking University Atlas”, published in 1925, also put the Aksai Chin in India. Ironically, both agree to disagree.

However, the boundary remained undemarcated at India’s independence in1947, whereafter the government of India fixed its official boundary in the west, which included the Aksai Chin, India’s basis for defining the border was “chiefly by long usage and custom”.

In 1959, thousands of Tibetans and their spiritual leader the Dalai Lama sought asylum in India.

In 1962, Indo-Tibetan Border Police was raised, for its border with China’s Tibet Autonomous Region.

In 1975, the Sikkimese monarchy held a referendum, in which the Sikkimese voted overwhelmingly in favour of joining India. Though China protested, but published a map showing Sikkim as a part of India. However, the Sikkim-China border’s northernmost point, “The Finger”, continues to be the subject of dispute and military activity. 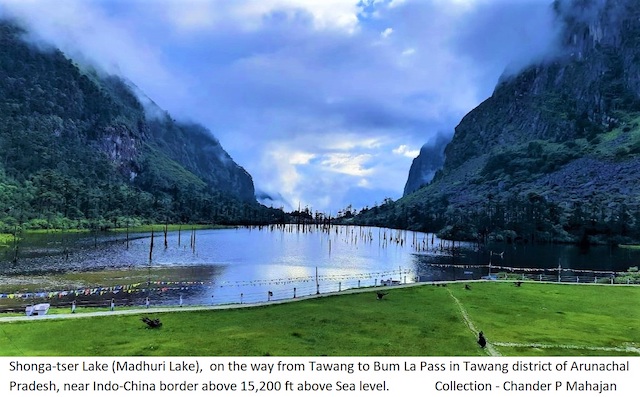 In 2006, the Chinese ambassador to India claimed that all of Arunachal Pradesh is Chinese territory.

Negotiations for the Director-General of Military Operations (DGMOs) level hotline continued in 2013. In 2014 a hotline was set up between the DGMOs of both countries. At the ‘Corps Commander Level Meetings’ during 2020–2021, seen as an important way to keep communication open; apart from the military, the chief of the Indo-Tibetan Border Police and a Ministry of External Affairs representative were also present.

In 2021 both countries agreed to set up a hotline between their foreign ministers. By 31 July 2021, six hotlines had been set up between commanders; 2 in Ladakh, 2 in Sikkim and 2 in Arunachal Pradesh.

‘We recognise and appreciate India’s contributions during its chairmanship of BRICS summit in the past year’ says Chinese foreign ministry spokesman Zhao Lijian. ( PTI |, Beijing SEP 10, 2021)