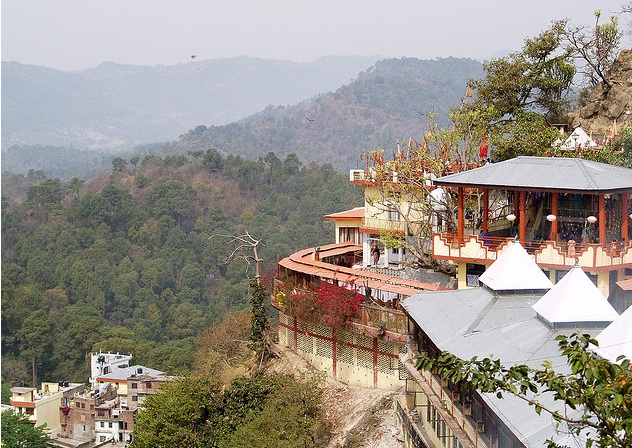 Shimla: Large numbers of devotees Friday assembled at prominent Hindu temples in Himachal Pradesh with the onset of the 10-day Shravan Ashtami Navratras, considered by Hindus a holy period during the month of Shravan.

“Over 20,000 devotees visited the Naina Devi shrine on the first day. Arrangements have been made for the arrival of more than 50,000 people daily during the 10-day festival,” said Bilaspur Deputy Commissioner Ritesh Chauhan.

He said closed circuit television (CCTV) cameras have been installed to manage the crowd.

Likewise, the popular shrines of Chintpurni in Una district and Jwalaji and Brajeshwari Devi temples in Kangra district witnessed a huge rush throughout the day.

Kangra Deputy Commissioner K.R. Bharti said steps have been taken to provide all facilities to the devotees visiting the temples.

During the Navratras, he said, people would be able to have live ‘darshan’ of Brajeshwari and Jwalaji temples on www.divineindia.com.

One of the busiest shrines in north India, the hilltop Naina Devi temple sees a majority of the pilgrims from Punjab and Haryana.

The temple website (www.srinainadevi.com) has a collection of photographs and history of the temple. It also includes information on forthcoming religious events and festivals. “One can literally have a ‘parikrama’ of the temple,” a temple official said.

Meanwhile, security has been beefed up in all the prominent temples in the state for the festival duration and a ban on offering coconuts would continue as a precaution against a terrorist attack, a senior police officer here said.