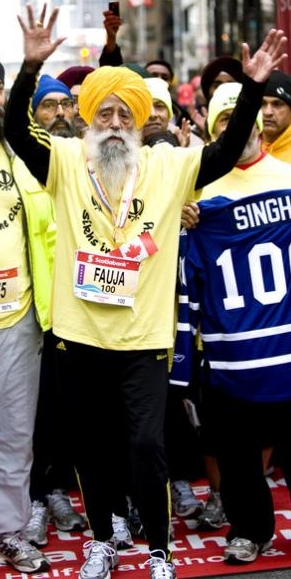 London: Fauja Singh, the world’s oldest marathon runner at 101, will be running the Olympic Torch through the streets of east London later Saturday.

Singh, who carried the torch in Athens eight years ago, was born in Punjab in 1911 and has lived in Britain since 1992, reports Xinhua.

He ran his first marathon at the age of 89 and has since completed six London marathons.