The emotions of love, hatred and envy are prevalent in any scenario, be it politics or theatre. Since theatre is something we could relate to closely, we picked theatre - Ajay Sharma

In Shakespeare’s tragedies, the protagonist is often raised to the heights of glory before the tragic flaw in his character is revealed. Macbeth’s unbridled ambition brought the proverbial pedestal crashing down, while Othello’s jealousy foretold his doom.

The green tinge of envy, the red of love and the violet of hatred periodically washed the stage in Ajay Sharma’s and Shorya Veer Saagar’s adaptation of Othello in Hindi. In a very apparent reference to the three colours that embody the three primary emotions that dominate the Shakespearean tragedy, the play, staged at Gaiety Theatre this weekend, was titled The Three Shades. 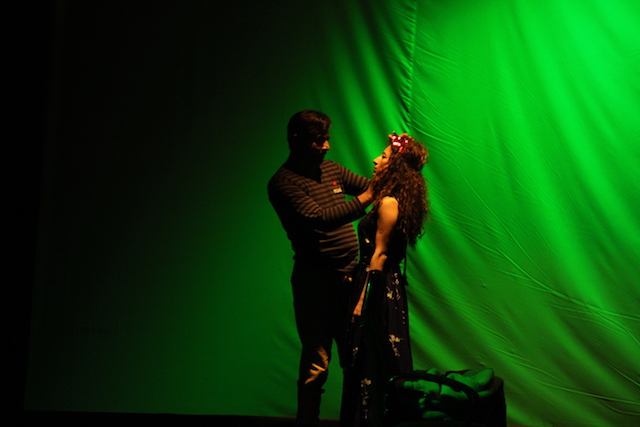 The adaptation takes Othello, or Omi, as he is called in the play, out of the theatre of war and into a theatre academy. Shakespeare’s military general has been replaced by a successful actor, surrounded by those he mentors at the academy. Sharma creates a play within a play – the academy stages a performance of Othello, ironically directed by Inder, the play’s Iago. Just as Iago manipulates the puppet strings that draw Othello into the pitfalls of jealousy, Inder directs his protagonist Omi in a reproduction of Othello, awakening the dormant green eyed monster within him. Much like Shakespeare’s Desdemona, Dolly, Omi’s adoring wife, is faithful to a fault, but falls prey to the insecurities of “one that loved not wisely, but too well.” 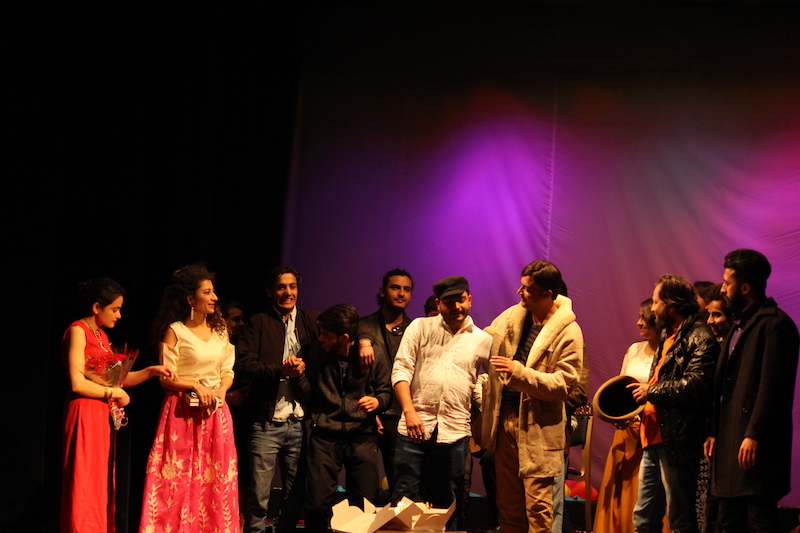 While Othello was black in Shakespeare’s tragedy, the element of racism has been omitted from The Three Shades. The societal gulf between Dolly and Omi is not one of colour, but community and status. This was done in a effort to make the play relevant to Shimla and its audience, according to its director, Ajay Sharma. “The emotions of love, hatred and envy are prevalent in any scenario, be it politics or theatre. Since theatre is something we could relate to closely, we picked theatre,” he says. “The play is still very relevant in the contemporary world with several lessons to take away,” he adds.

In spite of the attempt to situate Shakespeare’s Othello in a 21st century Shimla, aspects of a 16th century society linger in marked and persistent ways. Dolly ‘belongs’ to her father and then her husband, just as Desdemona did. She has eloped with Omi and deceived her father by refusing to seek his permission for their relationship, giving Inder cause to claim that if she is capable of betraying her father, she could be adulterous in her marriage. 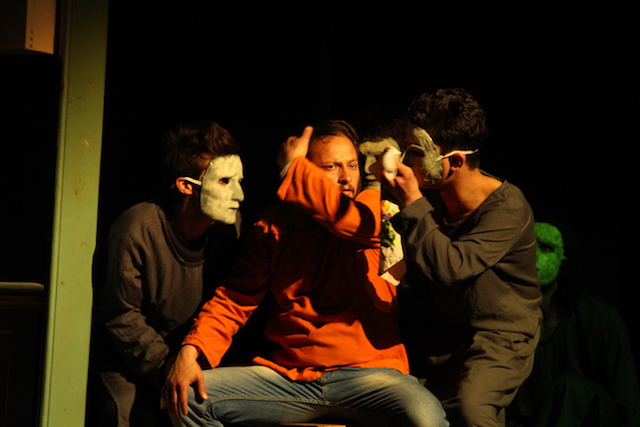 The centuries that separate Dolly from Desdemona do not imply any significant change in how they are perceived. The singular difference between the two characters appears to be Dolly’s agency to prance on stage. Lines like “Aadmi kitna bhi pakka kyun na ho, aakhir mein auratein kaabu kar hi leti hain” do not help the situation. Mr. Sharma says that they are still working on refining the script.

Inder, the adaptation’s Iago, essayed by Mr. Sharma, takes the cake for his range of expression. Famously portrayed by greats like Ian McKellen, Iago’s role is impressive in its complexity and deception. His villainy is veiled by an ardent sincerity towards Othello, born of their long association. Inder, similarly, feels betrayed by Omi’s preference for Keshav in an appointment. He begins to brew within Omi the fateful concoction of love and jealousy that wreaks havoc.

“Playing Iago’s role was challenging, considering the complexity of the character. I don’t think I have done full justice to it yet,” says Sharma.

The Three Shades was staged by The Platform Art and Culture Society, in collaboration with the Ministry of Culture, Government of India. The Platform is a Shimla based society, established in 2009, with the objective of promoting theatre, art and culture. This is their first adaptation of Othello, with the adaptation having been done by Shorya Veer Saagar and the design and direction by Ajay Sharma.

A graduate with history honours from St. Stephen's College, Delhi, Abhinaya is sharpening her writing skills to be a print journalist.

A graduate with history honours from St. Stephen's College, Delhi, Abhinaya is sharpening her writing skills to be a print journalist.