There have been many incidents of politicians roughing up public servants in the past. Unfortunately in most cases the recipients were not high profile administrators and therefore most incidents faded away after generating some initial heat. However the case involving Chief Secretary (CS) of Delhi government where reportedly he was roughed up on the night of 19/20 February during a meeting, in the presence of Chief Minister of the state, by a couple of Aam Admi Party (AAP) MLAs has become a high profile case for obvious reasons.

However, what is of greater concern is the conduct and approach of Chief Secretary in particular and the administrative cadre in general after the incident. It is no secret that Chief Secretary of a state is a very senior and experienced officer. He also happens to be the senior most bureaucrat in the state. Therefore by default he has to become a role model for complete administrative machinery of the state. In the course of his duties he is bound to face difficulties and road blocks – particularly from political leadership that tends to undermine rules and regulations to push motivated agendas. The CS faced a similar situation here when he did not agree to some aspects of AAP government’s advertisement campaign to commemorate their third anniversary. One has to laud him for the same. Unfortunately it appears he was manhandled at the meeting held at Chief Minister’s residence for showing his disagreement. Any act of this nature is wrong and the individual is well within his rights to lodge a complaint and take recourse to law. The CS did that and once again he deserves kudos for the courage shown. 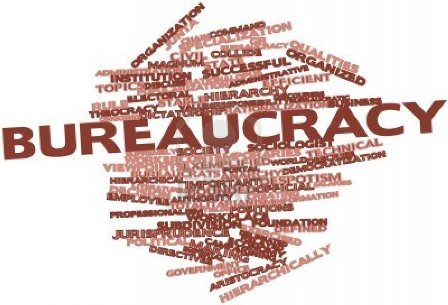 So where has the CS gone wrong? The physical attack against the CS has to be seen as an attack on an individual and must not be generalised as an attack on complete bureaucracy of the state. Further, such incidents are not routine by any stretch of imagination and it would be foolish to assume that the same would be repeated in future too. It is also a known fact that the bureaucracy and politicians in the state have not had a cordial and amicable relationship from the day AAP government came to power for various reasons. The problem here is that neither side has really made any serious effort to resolve the problem. The stance taken by civil servants after the latest incident has only made matters worse. The approach and actions of the state’s bureaucracy as listed below leave a lot to be desired:

By presenting a combined front in marches and stalling work have the bureaucracy and other administrative officers resorted to collective insubordination? Is such an approach not against ‘The All India Services (Conduct) Rules of 1968’? Is it in order to stall work just because one of their officers faced a problem with the political leadership? When official recourse available for seeking redressal of one’s complaint has been activated, is it correct to stall normal work and put public under duress? Shouldn’t the CS have displayed better leadership by ensuring work was not disrupted and advised his colleagues to avoid collective confrontation like boycotting meetings or resorting to marches and dharnas? Above all in such difficult times should the CS have not displayed more maturity by ensuring he went about his business in a normal dignified manner to prove a point that while politicians can be base or crass in their behaviour, civil servants would always remain dignified and place duty above everything else?  Since he had already lodged an official complaint, should he have not shown patience and faith in the system to deliver justice? Finally, a CS is not a trade union employee who has to lead or be part of marches against those who may have wronged him. At this level one has to be above such petty internal politics and blatant show of indignation. Unfortunately Chief Secretary’s conduct after the incident leaves a lot to be desired. It may be harsh but not wrong to state that he failed to display the required maturity, professionalism and above all leadership in this difficult period.

It is a known fact that qualitatively AAP leadership and elected representatives have very little to boast of. Their conduct and manner of working over the last three years shows them in poor light more often than not. Nearly all elected representatives are first timers who were lucky to ride a favourable wave that catapulted them to dizzy heights – therefore the inflated egos and aspirations. Most of them are mavericks on the political scene including the Chief Minister himself. On the other hand a Cabinet Secretary is invariably a seasoned administrator with decades of experience that includes dealing with all kinds of politicians. Certainly a CS should not accept any nonsense if a politician crosses the line as was possibly the case in the reported incident. No one can question his right to lodge a complaint and take recourse to law. But when the CS encourages collective insubordination, leads protest marches, accepts disruption of normal work or comes to routine cabinet meetings escorted by a dozen armed policemen, then his leadership and professional credentials will certainly be questioned apart from his motives for doing so. By default the onus of keeping a check on erring or maverick politicians lies with seasoned civil servants. It is a pity that today they have lost that art totally – something that is costing the nation dear.