Kullu: International women day was celebrated on 8th of March. In Kullu, various programmes regarding women rights were presented, but the most dominant subject remained the untouchability system with menstruating women especially in hilly state like Himachal Pradesh. Where menstruating women are kept out of house in cowshed for three days and treated as untouchable object. 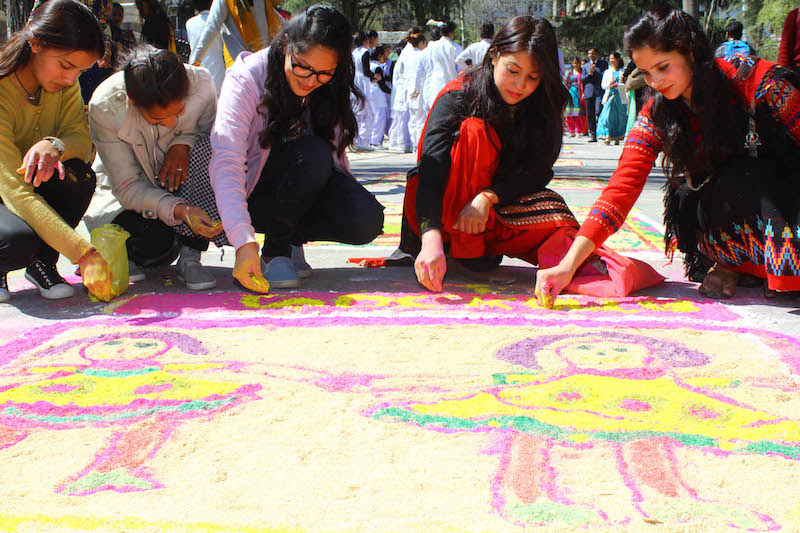 While addressing the audience gathered on the occasion, Deputy Commissioner Kullu, Yunus said, ”As per data collected by administration there are around 90 panchayats in district and practice of discrimination with women during their menstruation period is still being followed openly. The people need to be guided with scientific knowledge to eliminate such social evils. He appealed to the audience, especially women, to become aware about their rights and developmental policies formed by administration time to time”.

Rakesh Chaudhary, president of district legal services authority was the chief guest of programme. Appreciating females’ increasing role in today’s developing society, he stressed upon the need to change society’s mentality towards girls as far as their rights were concerned.

He said, ”Women need to practice their rights from their homes first, but introducing them with their duties and responsibilities on priority basis seems to be dominating today. There may be many laws and rights to bring women forward but all is worthless until she can get equal treatment at her home”.

District programme officer, Virender Aarya too emphasised upon the women rights and appealed society to come out of such misconceptions related so called purity which compels or forces people to follow untouchability customs against women during the time when they need the special care.

A drive about ‘Nari Garima’ (woman’s dignity) to abolish discrimination against women during the mensuration period was started from 1st of January 2018 from Jana panchayat of Manali. A first drive of it’s kind drive in the state had mixed reactions from the public. Where the drive was appreciated by educated people, it had drawn criticism from an orthodox section of the society.