Sri Sri Ravi Shankar, he of the Yamuna flood plain fame, is once again creating waves these days, or more accurately, doing the Moses act by parting the raging waters of Ayodhya to find a path to glory for himself. In the process he has forgotten that the age of miracles is long gone and that this is the era of the rule of law. A self appointed god-man to millions, he should now at least renounce any claim to being a votary of a universal religion, since he has now made clear which God he represents. But I have no beef with his religion, it’s his politics I find troubling.

Having muddied the Ram temple waters for some time now, he has now decided to plunge into the deep end: his statements this past week have been quite appalling. He has announced that any Supreme Court judgement on the matter will be unimplementable, it will lead to bloodshed, India will become another Syria. According to his religious majesty the only solution to this 500 year old vexed dispute is the voluntary handing over of the Babri masjid site to the Hindus; the Muslims can be given land for a masjid OUTSIDE Ayodhya. Thus spake Jeremiah and Solomon combined. Or is it Nostradamus? 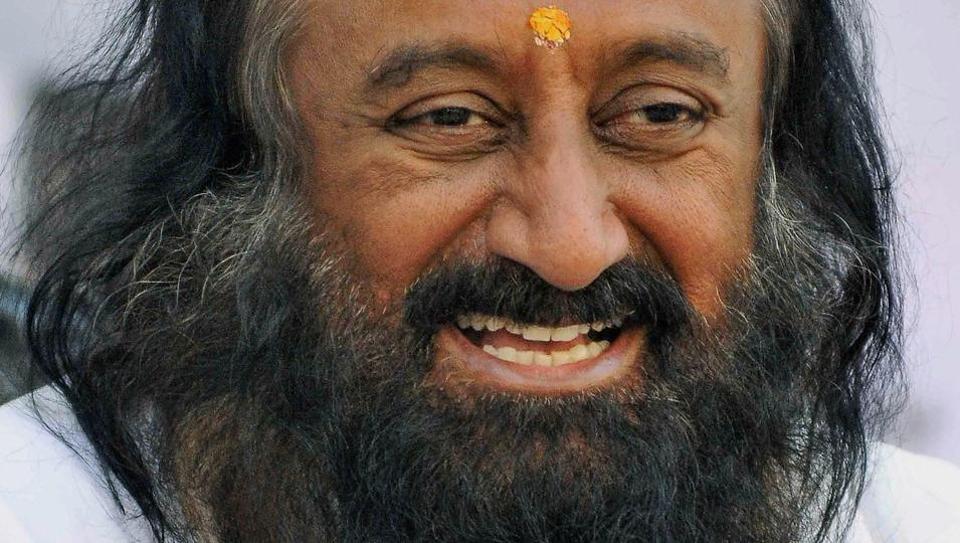 Many questions will arise in the minds of all right thinking (not “right” as in politics, but “right” as in morals and ethics) citizens. Who appointed this prophet of doom to interlocute on this matter? All groups – Hindu and Muslim, even Mr. Subramaniam Swamy who is an autarchic creed all by himself – have distanced themselves from him publicly. Even more important, at a time when the matter is being heard in the Supreme Court, Sri Sri has committed many offences under the law: he is in contempt for saying that the final order of the Court cannot be implemented. he is trying to interfere in, and influence, the course of justice by openly stating that only a particular type of order will be acceptable; he is intimidating the petitioners and inciting violence by threatening that there will be bloodshed if the order goes against the Hindus. What is it with Indian god-men’s attraction for politics, one leg in Valhalla and the other firmly planted on the sub-continent? One eye set on the after-life and the other on the low-life here and now? He will, of course, never be charged for his provocative and contemptuous utterances, but it is high time that the Supreme Court at least imposed a gag order on him.

The equally interesting and arcane question, however, is this: who has put up this godly gentleman to aggressively push for an “out of court” settlement, which is the current legal term for brow-beating a minority community into submission? He may, of course, be looking to repair the damage to his image after the Yamuna flood-plain fiasco and has therefore launched this individual PR initiative. It may even be an attempt at the Nobel Peace Prize – after all, if Barack Obama could get it for accepting that he had created a mess in Iraq and Syria, our own godship has a much stronger claim: the mess he proposes to create would be on a sub-continental scale, pitting 1.2 billion people against each other. But I have a sneaking feeling that Sri Sri’s is a command performance, and the baton is being wielded by the BJP from a safe distance. His formulation is a trial balloon to test the waters (excuse the mixed metaphors) and the direction in which the wind is blowing. If it serves to intimidate the Supreme Court or the Muslims, so much the better. But I think the BJP is indulging in overkill – it’s in a win-win position here. If the SC judgement goes in favour of the temple it can claim all credit for it and wrap up the 2019 election right now. It can then also set the agenda for the 2024 election: the “liberation” of the temples at Mathura and Kashi Vishwanath. If, on the other hand the judgement goes against it, then it can whip up passions, play the victim card and hoover up all the votes. But there is a slight uncertainty, an imponderable and unpredictable risk in the second scenario which the BJP’s software is perhaps not comfortable with. Enter the godman with his trial balloon (or is it kite ?) The whole issue is moving to its final denouement with the inevitability of a Greek tragedy: Sri Sri Ravishankar is therefore that staple of all Greek plays – the Deus ex Machina – where the Gods lend a helping hand in the affairs of Man. Except that, in a delicious ironic twist that would have caught even Euripides by surprise, in the Ayodhya case the Gods themselves are the main protagonists ! The reason why we should not expect any miracles here.