Manali: Starting out early, Border Roads Organisation began snow cutting operations to open up the Manali-Rohtang-Keylong road and set out a stiff target to clear the snowbound Rohtang Pass in April, depending on weather condition. The next target it to open the road to Leh in Ladhak.

The entire road which normally is thrown open for public transport by end of May or early June. 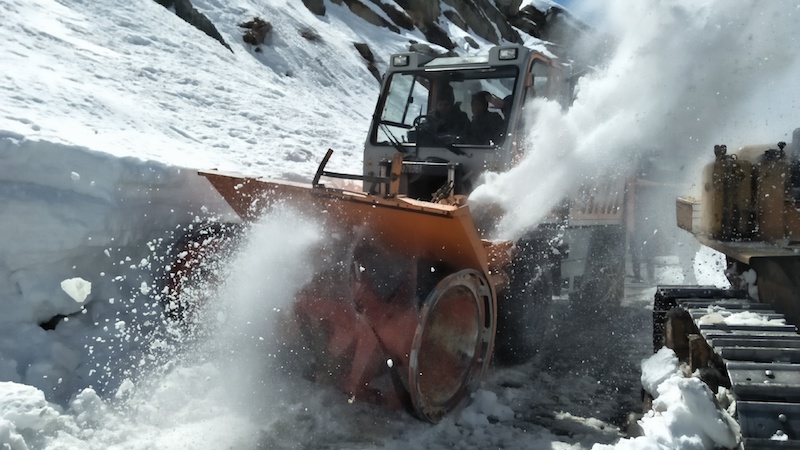 This year the snow clearance has begun from 32, kms from here, higher up on the road to the pass and not from Gulaba (23 Km from here). The mountain passes have received very heavy snow in the winter months and the higher altitude wears a thicker snow cover.

Last year BRO had started snow clearance operations for Rohtang Pass on March 19. The army road engineers claim that the road till Rohtang will be cleared in the next few weeks. The snow clearing job was officially started after prayers and a puja today. BRO performed the puja for seeking divine grace for ensuring a smooth operation and safety of their men and machinery. 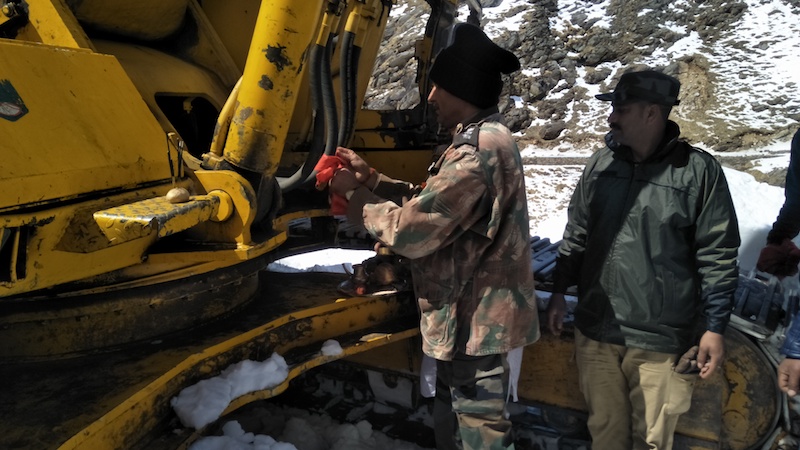 According to 38 Border Road Task Force (BRTF) commanding officer ColonelA.K.Awasthi, the organisation will try to open the highway for traffic movement as soon as possible.

“One team will move from Rahla fall towards Rohtang, a second team is approaching the pass from Koksar side and third team is removing snow from Darcha towards Baralacha pass. All the teams have dozers, snow cutters and enough manpower with service back up ,” said Col Awasthi. 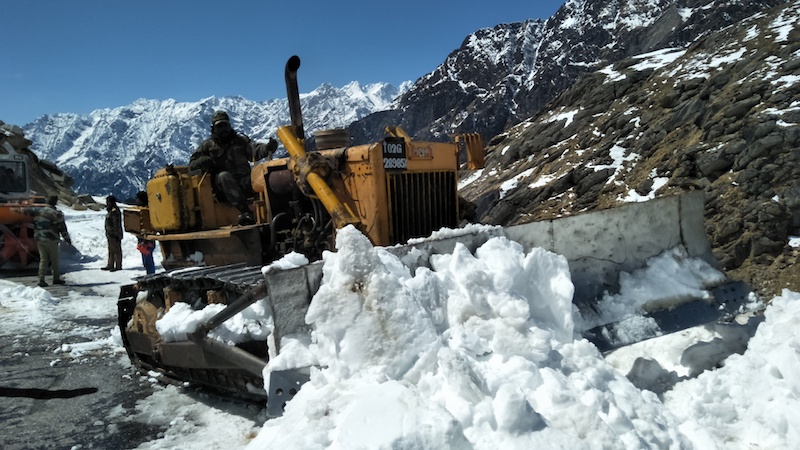 The highest snow deposit that has been cut so far is about 15 feet high wall of snow at Rahla falls. Next challenge will be to cut through the Rahni Nullah thick snow deposit on north face of Rohtang.

“We shall try to connect Keylong with Manali in May, subject to good weather conditions. Then we shall concentrate on opening of Manali-Leh highway till Sarchu, 222 Km from Manali. Meanwhile, our machinery is engaged in formation cutting to widen the highway,” said Col Awasthi 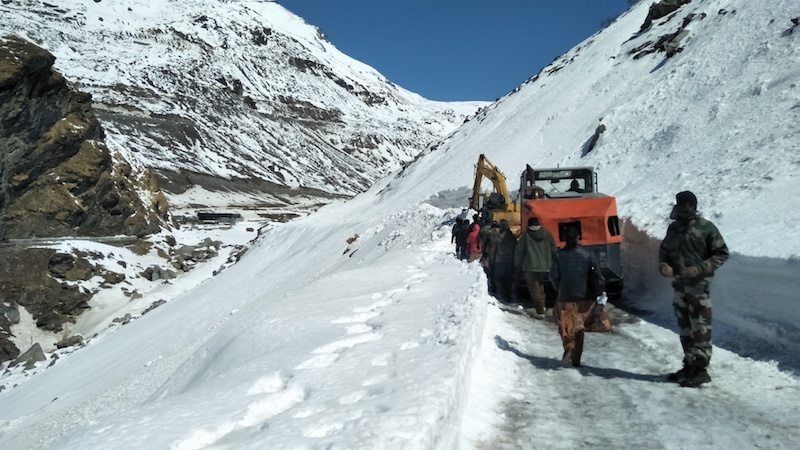