Dharamshala:  A six day ‘Mind and Life’ conference kicked off on Monday in Upper Dharamshala with Dalai Lama holding the introductory address on the opening day. It is the 33rd edition of the conference and 13th time the conference is being held in Dharamshala. 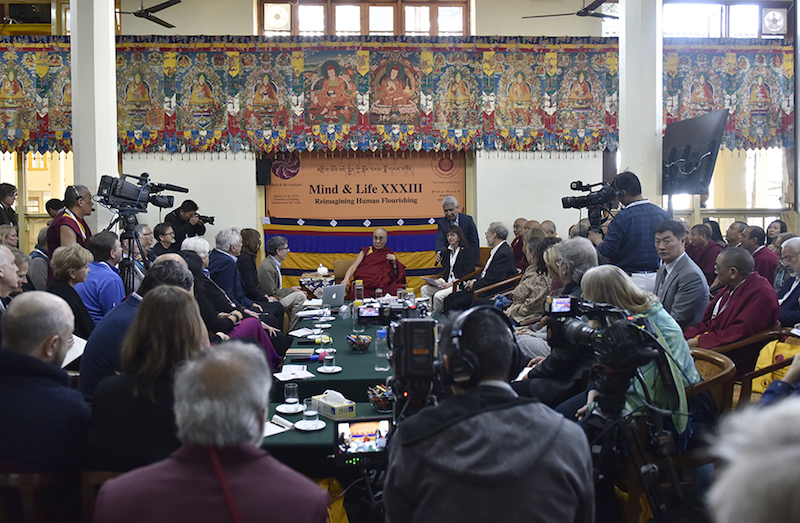 For the next five days, the intellectual group will focus on education in light of Dalai lama’s longstanding priority and deep commitment to secular ethics education initiatives.

Topic of conference is “Early Childhood Development and Social Emotional Learning”. The Dalai Lama said ,” the newly discovered fields on human emotions and mind by western science are 3000 years old in the ancient Indian context.”

82 year old Tibetan spiritual leader said , “ the two prime purposes of the discourse is to expand the understanding of the external and the internal phenomenon and to strive to enable peace and reduce the chaos that exists in the world.”

With the Dalai Lama and Director of Mind and Life institute Susan Bauer-Wu , Research Professor of Psychology and Psychiatry, Richard Davidson, noted Psychology and Child Development expert Michel Boivin and author of worldwide bestseller Emotional Intelligence Daniel Goleman will deliver their views in this conference.

The ‘Mind and Life’ institute was established in 1987. His Holiness the Dalai Lama, the Honorary Chairman of the Mind & Life Institute, flanked by a galaxy of scientists and scholars of multidiscipline commenced the 33rd Mind & Life Dialogue .