Dharamshala: Mortal remains of an army officer, who had the unique distinction of being awarded a Yuddh Sewa Medal as a second lieutenant for his gallant action against the Pakistani soldiers in Siachen Glacier in 1989, were today laid to rest here yesterday. 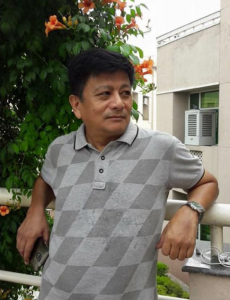 Hundreds of people with moist eyes joined the funeral ceremony of Lt Col Deepak Thapa, who had breathed his last on March 8, after battling cancer for more than a year in Army’s super speciality Research & Referral Hospital here, a senior official said.

“The officer had the unique distinction of being awarded with a Yudh Sewa Medal as a second lieutenant for his gallant action against the Pakistani soldiers in the inhospitable Siachen Glacier in 1989.

“The area of action was rechristened as ‘Thapa base’ in his name, which till date serves as a source of motivation for all young soldiers and officers alike,” he said.

Several dignitaries and Army officers paid tribute by laying wreaths during a ceremony organised in Himachal Pradesh’s Dharamshala, where his body was finally laid to rest with full honours, the officer said.