Shimla: Strange it may sound but it is true that 11 schools in Himachal Pradesh had no students on rolls but had been operational since long. There are 9 schools in the state with only one student on rolls while 8 schools had two students. In all there were as many as 109 schools with less than 5 students.

Fortunately the Government of Himachal Pradesh has decided to close down the 109 schools with less than 5 students on rolls. A notification in this regard was issued recently by the state government. Earlier it was feared that schools with a student strength of 15 may be closed and thus the number could have been much higher. 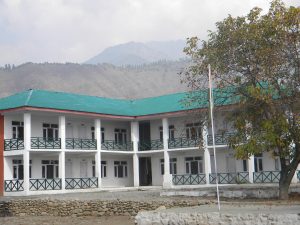 Among the districts facing maximum closure of schools are Mandi and Kangra where 26 schools each face closure.

Still stranger is the fact that the state education department had since been bearing the infrastructural and establishment expenditure on these schools with little contribution to the educational growth of rural areas. The teachers were not held responsible for encouraging students or their parents towards a literate India. The plight of these teachers however is that they would be shifted to nearby schools and so will be the students who are learnt to be offered free transport to the schools in a radius of 3 kms.  But on the part of state government it is just an exercise accepting defeat. A total Give Up situation in the scenario where private schools are drawing good enrolment in many of these areas.

The poor standard of education and the policy of upgrading all the students without grades is certainly taking its toll on the government run schools.

Long live the popular Sakshartra Mission of the government.