Having failed to get a Bollywood actor/actress onboard to be brand ambassador, Vijay Singh Mankotia, vice-chairman Himachal Pradesh Tourism Development Board disclosed that award winning actress Kangana Ranaut would be approached for taking on the responsibility for her native state. 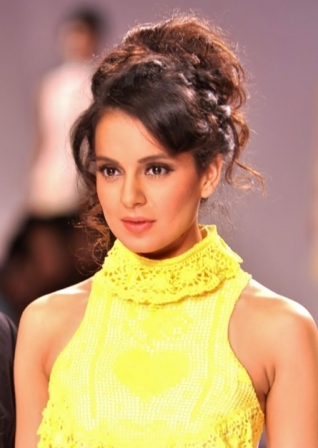 “Kangana Ranaut, who hails from Bhambla village, is a daughter of Himachal,” said Mankotia. “She has shown her willingness to our offer for being brand ambassador to Himachal Tourism and we will approach her shortly,” he added.

Some years ago Preity Zinta, the known actress who also hails from Himachal, was approached for being a brand ambassador to the state.

“She had initially agreed to the offer but it did not materialize,” said Mankotia.

Talking about tourism assets, Mankotia, a two time former tourism minister said, “Himachal had a lot more natural assets than Kashmir. Moreover there was no law and order or security problem like that in Kashmir.”