It has been nearly three months since the Aam Admi Party (AAP) government came to power in Delhi. However the promised effective and honest governance still seems to be a distant dream for the people of Delhi. After the initial announcement of a knee jerk reduction in power and water tariff, the new government has since been embroiled with protracted internal party strife and other affairs with governance being the biggest casualty. Internal democracy within the party and the institution of internal Lok Pal within AAP have been the biggest casualties in last couple of months. Unfortunately these were two important pillars on which the AAP had based its campaign and secured a thumping win in the Delhi elections.

It is a pity that the party seems to have hitched a one way ride from the perceived high pedestal it once occupied and today is vying for a place in the unsavoury political gutter that has been the bane of our national and state politics for last few decades. No wonder the Mohalla Sabhas that the AAP tries to organise in Delhi have very few takers these days. It’s once AAM leaders are today demanding to be labelled as ‘special’ – after all power corrupts as is well known. 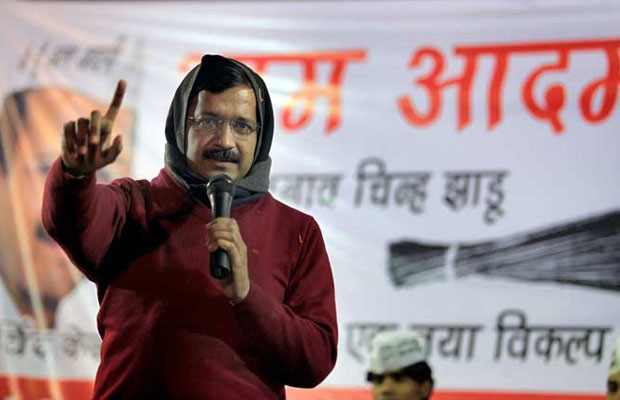 The AAP government in Delhi has a few very dubious achievements to its credit in the last few months as far as governance is concerned. First it failed to look into the matter of funds for the three municipal corporations in Delhi, that unfortunately for AAP are BJP controlled. The Kejriwal government told them in no uncertain terms that it had no funds to allocate and if any corporation wanted funds, it should approach the Finance Minister at the centre. The AAP government conveniently forgot that its regime in Delhi is actually limited to these three corporations since they represent Delhi that gave AAP a huge mandate.  The approach of the AAP government can be termed as anti BJP, but in reality it was anti Delhi voter. Any Delhi government has to work with and through its three main municipal corporations if it wants to do anything for the people of Delhi. By washing its hands off the needs of the corporations, the AAP government has indirectly washed its hands off the people of Delhi.

The next issue that has been the high light of the AAP government is its constant bickering and fighting with the central government over the issue of statehood for Delhi. Mr Kejriwal would like the Delhi voter to believe that there can be no development or governance in Delhi unless its status is changed and full state hood granted. He forgets that Delhi has been governed by different state governments since partial statehood was granted in 1993. Also it is but natural that the central government will always have a stake in governance of Delhi since it also happens to be the national capital of the nation. The later actually is good for the state since it ensures that the centre will always be partial in allocation of resources for Delhi. Therefore it is in the interest of any government of Delhi to work together with the centre rather than confront the national government on each and every issue.

Next on the list is the AAP government’s confrontational approach with the Lieutenant Governor which seems to be misplaced on most counts. Mr Kejriwal and his team want to go against the laid down constitutional norms and practices with a view to side line the governor and take complete executive authority in their own hands without effecting any constitutional changes. This is as childish and silly as it can get. But then when one has a government made up of a few upstarts and opportunity mongers, one cannot expect anything better. Such functioning smacks of arrogance and lack of respect for state and national institutions. This is undemocratic, anti national and anti people in any book.

Last but the least Mr Kejriwal and his party’s anti Land Acquisition Bill protests misfired with the purported suicide of late Shri Gajendra Singh, a farmer from Rajasthan. The whole drama went wrong and investigations are on to find the truth behind the reported suicide since Gajendra Singh had no known or stated reason to do so. In a bid to cover up the episode and instead derive some political brownie points, the AAP government has announced that it will develop a memorial for the departed soul to highlight his sacrifice. Such inane and politically motivated decisions do not fall in the ambit of good governance. It may also be noted here that Mr Gajendra Singh was not doing anything to help the cause of the state of Delhi since Land Acquisition Bill is unlikely to impact Delhi in any appreciable manner considering that Delhi hardly has any agricultural land or holdings as on date. In such a scenario the decision of the government for a memorial for the departed soul is highly questionable.

In any case it is a well known fact that Delhi already has more memorials than it needs or can afford. If politicians had their way, in next few decades Delhi could well be in Guineas Book of records for most memorial in a city (if it is already not there).

It is time Mr Kejriwal and his team get their act together and start doing what they promised. Unfortunately there is a general feeling that the team does not know where to start or how to start or what to start. In this context it may be prudent to look at the career profile of the Chief Minister. He was in Tata Steel for about three years after graduating from IIT. This was followed by a sabbatical where he dabbled in some social work and then he joined the Indian Revenue Service after clearing the civil services examination. He once again drifted towards social causes and social work while still serving with the government. In all Mr Kejriwal served for about 11 years in the government from 1995 to 2006. This included two years of study leave, eighteen months of being in service without any appointment and another eighteen months of being on leave without pay. He resigned from government service in 2006 under controversial circumstances wherein the government charged him for not fulfilling his obligations as contracted. It goes without saying Mr Kejriwal felt otherwise though he finally compensated the government for the financial loss caused due to non fulfillment of the contractual period after his paid study leave. Later he was part of the Anna movement where he emerged as one of the stalwarts of the whole movement and caught the fancy of the nation. Finally he announced his political entry in 2012. It is obvious from the above chequerred career that Mr Kejriwal was more like a ‘rolling stone that never gathered any moss’.

In his first stint as Chief Minister of Delhi for 49 days too he lived up to that reputation. In view of such a career graph may be he lacks exposure to administrative skills and acumen that one invariably collects if one is focussed in his professional life. It is also well known that he was never posted out of Delhi throughout his service in the government. It is an entirely different matter as to how he managed to do that and continued to remain in Delhi. To do that one requires skills of an entirely different nature – unfortunately those skills do not come in handy when it comes to governing Delhi as its Chief Minister. Unfortunately both Mr Kejriwal and the voters of Delhi are realising this only now. No wonder many are asking today – is there any governance in Delhi?

In view of the recent circular issued by the AAP government to all concerned in the administration to keep a watch for any defamatory news that reportedly may damage the reputation of the Chief Minister or the government, this article may qualify to be reported. However Mr Kejriwal will do well to remember that he has filed a petition in Supreme Court challenging the very validity of Section 499 of IPC which allows any person whose reputation has been damaged (or was intended to be damaged) by the material in question can sue for defamation. Therefore the circular issued does raise many awkward questions. But then Indian politicians are known to take contradictory stands based on convenience and Mr Kejriwal is no different. It may be good for the AAP chief to recall an anonymous quote – ‘Dare to be different, if you are the same as everyone else then why should they want you?’ The people voted for you because they felt you were different but today many are not sure if you still are.