Nestled in the midst of snow-clad Himalayas and lined by the river Beas, Manali is a small, beautiful hill station in the Kullu district of Himachal Pradesh. It is covered in scenic valleys, dense forests, cafes, and lively markets and streets that make it one of the most sought after tourist destinations in the country.

The town is divided into two, Old and new Manali, and it the latter which holds an undeniable charm for the visitors. The small bylanes and markets in Old Manali house the most innovative cafes and eateries. You’ll get the most unique merchandize here, including colorful clothes, antique decorations pieces and you’ll meet an abundance of foreigners.

More on the charms of old Manali, read on:-

The Manalsu River separates Old Manali from Manali. A bridge over this river is the gateway to Old Manali, a beautiful village, a huge portion of which lays hidden beneath a vast coverage of apple orchards. Some elegantly built old houses of stone and wood can still be seen here.

Legend has it that Manu, a highly learned ancient sage had made Manali his abode after a big flood. The name ‘Manali’ literally means ‘the resting place of Manu’ and is a symbol of great respect for the locals. The famous Manu Maharishi Temple stands exactly where it is believed the saint Manu meditated after surviving the disaster. 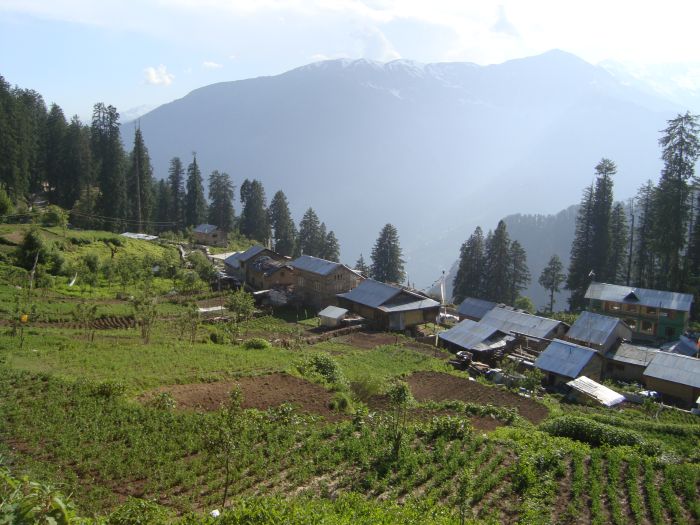 Upon entering Old Manali, you see how the village has chiseled out its own environment; neither foreign nor fully Indian. Interestingly, while Old Manali successfully maintains the standing of a peaceful territory, it is at the same time getting exposed to the luxuries of modern world. Where on one side we have the locals and their sublime village life, on the other increasing outside influences are fast changing the ways of life in this quiet hill station.

Exploring Old Manali – What to Do and Where

Old Manali can keep you occupied with many activities.

Normally the best time to visit Manali is during the summers, preferably from May to October when there is no snow around. But if snow and skiing is what you want, the right time to be here is anytime between the months of October and February. This is exactly when people from around the world come here to witness snowfall from close, and enjoy adventurous activities such as snow-biking, skiing, and hiking.

While the list of what you want to do in Manali may extend or shorten based on how much time and budget you have, things you just can’t (shouldn’t!) miss when here include:

A Trip to Solang Valley: Solang Valley nestles between Beas Kund and Solang Village at a distance of 13 km from Manali. It not only gives a breathtakingly view of snowed mountains and glaciers, but is also the center of adventurous activities, including paragliding, parachuting, and zorbing. 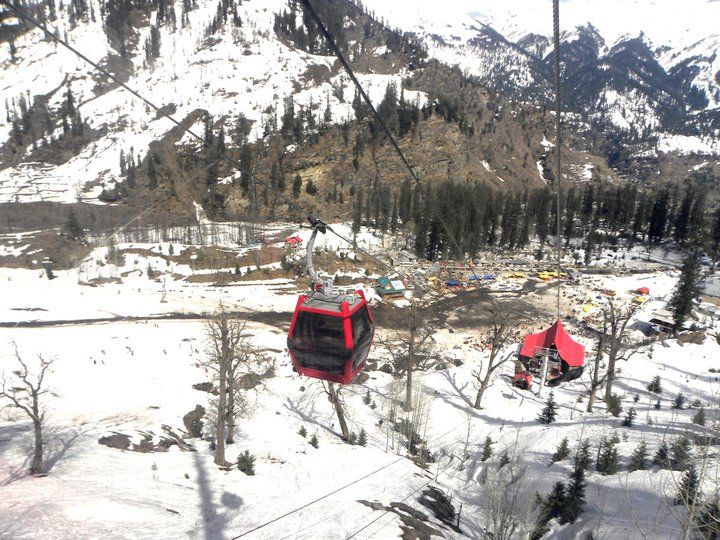 Eat at Cafes: Manali is proud to have some of India’s best cafes that cater to the different myriad tastes of tourists from different places, cultures and backgrounds. For an early-morning, energetic breakfast, for example, The Lazy dog Café is just the place to be at. In this cozy place that’s decked with alluring touristy pictures and trinkets, you have wooden chairs and bean bags on which you can sit laidback and have tasty sandwiches, egg dishes, and coffee.

The Drifter’s Café in Old Manali is considered to be the best for lunch and dinner. You can also try Khyber Café on the Mall Road. This one serves one of the best trout, fruit wines, and tandoori snacks. Since the cafe is open till late in the night, you won’t go hungry. 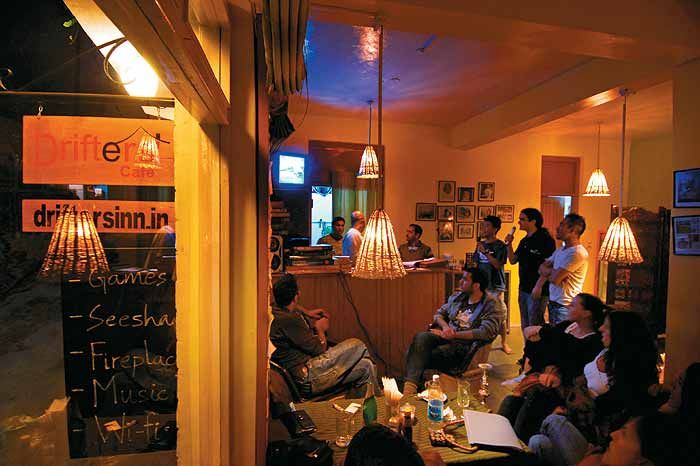 Shopping in Old Manali: Old Manali has a small shopping area, tucked away from the noisy Mall Road. Numerous small outlets open into the street, offering funky clothes, beads, jewelry, and old music CDs. People also love to shop for other famous picks such as local pickles, jams and jellies. 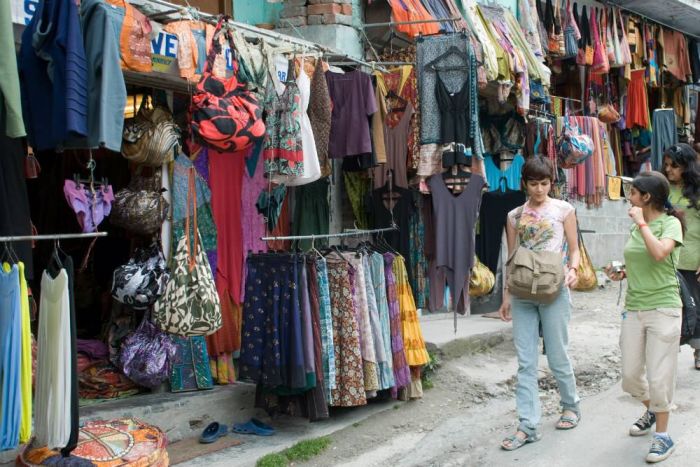 The Mall Road in Manali is the heart of the town. Lined with countless shops, restaurants, and hotels, it is not only a busy business center, but is also the favorite spot of those who want to meander around simply looking at things. Shop here sell unique merchandize not available any place else. From books, wooden furniture, shawls, caps and rugs and jewelry, the variety is endless.