A small election to form a half-government of a semi-state had the country glued to the idiot box nearly all day on 10 February 2015. This much delayed election (due to valid fears of the BJP), turned out to be a gusty, high voltage drama ending in a near wipe out of the oldest and the biggest political parties of India in the state of Delhi. While analysis of the unbelievable margin of victory for the AAP and the equally incredible drubbing of the other two parties will continue for many days on TV channels and other media, one hopes that this election signifies things of greater import for better governance in India. 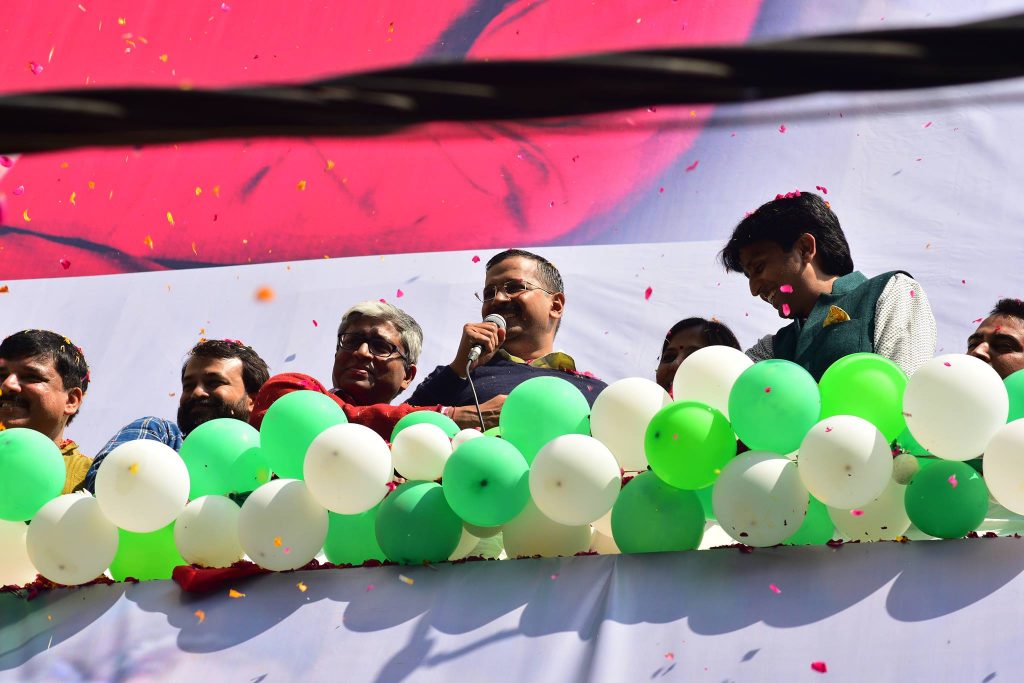 For one, the people of Delhi, irrespective of socio-economic and religious or caste divides have shown remarkable shrewdness and maturity in ‘collectively seeing through’ (and having lived through), the insidious intent of politicians and their parties seeking power. The maturity of Delhi’s electorate is reflected in the fact that they ‘figured out’ what good governance should mean and can do and that perhaps only the AAP can deliver that; having seen a glimpse of things happening in the earlier 49 days of AAP rule.

Secondly, the electorate of Delhi came out and voted, in unprecedented numbers. It seems finally our investment in Democracy is beginning to pay. With a few exceptions, the Media was generally (and understandably) hostile to the AAP and the ‘System’ indifferent if not outright callous. Big leaders of other parties were openly dismissive of AAP till it was too late.

Delhi is today India’s most cosmopolitan city. Next to Mumbai, Delhi has perhaps the largest gaps between the poor and the rich. With a humungous police force and battalions of para-military and the biggest ‘babucracy’ in the world, Delhi is also probably the most corrupt. That it is the most polluted in well known. Despite this, Delhi with all the ills that plague it, could become a classic example of what a 5-year dose of good governance can do. For this to happen, perhaps AAP has just to go about doggedly doing what they have been talking about. Just like in this election.

So, what could be the wider ramifications of the AAP victory in Delhi? One hopes that something like the electronic version of the ‘Delhi Discourse’ could spread out at least to urban India (where people are more media exposed and Internet savvy), and take the form of a ‘Good Governance Discourse’? Issues that matter to local livelihoods and well being of the aam aadmi HAVE to take precedence over antiquated notions of caste and religious and other obscurantist interests. Urban India, which is to hold 50% of our population in the next few decades, has to take the lead, like Delhi has done.

The Myth that honest people cannot be in politics and win has been properly busted. Black money is not the only source to successfully contest elections, despite the ‘System’ turning a blind eye to this monstrosity throughout our election history. No matter how corruption ridden a milieu people might be living in, the yearning to live in a fair and just and honest system has prevailed in Delhi. It can happen in the rest of the country as well, and soon.

A political party, as AAP has demonstrated, does not have to cult driven. There is place for educated and mature persons as well as their different ideas and convictions and dissent inside Cabinets. This has to happen in other political outfits if they are to survive and deliver and also command respect. The days of unquestioning loyalty (rated much higher than merit) and disgraceful sycophancy finally seem to be nearing an end.

It is early days to dwell on how the AAP saga will unfold over the next five years, but it is certain that political parties fighting elections in the future will have to factor in real issues and concerns of the aam aadmi and willy-nilly adopt or adapt many of the AAP initiatives and innovations.

About Delhi, I am reminded of what a poet once wrote:

Today, may we dream of such a Delhi, again?