Picking out Thomas Hardy’s tragic novel Tess of the d’Urbervilles from the Victorian era rural settings and placing it in modern India in Trishna makes the film a good one time watch. If you go to the theater hoping to find a perfect adaption of the classic, it would turn out to be a disappointment. However do watch it from a fresh viewpoint and appreciate the British directors effort to carve out something discernibly different.

The novel was written in a period when ideologies and economic realities were at a conflict with each other. The heroine Tess in the book is warring in the inside with her set of moralities and the ones the society is expecting from her. 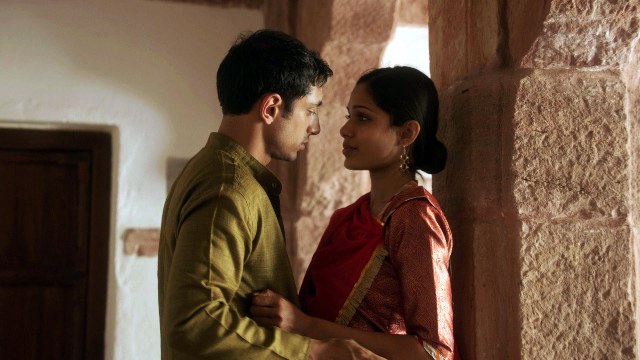 Actress Freida Pinto, of Oscar winning Slumdog Millionaire fame, plays the character of Tess or Trishna in the movie. She is a young dusky Indian beauty, who comes from a poor Rajasthan family. Her character is torn between traditional values that are a way of life in rural Rajasthan and liberation of the body and mind that she stumbles upon in Mumbai. Contrary to the pure and innocent heroine of Hardy’s novel Trishna plays a young woman who remains grounded to the old world, yet chooses to step into the light at the first opportunity that she gets.

Jay, played by Riz Ahmed, is the male protagonist of the movie. He plays the characterof a young, spoilt rich brat who comes to India to help out his father with the running of a hotel.

In the movie Jay falls in love with Trishna who works at his hotel and provides financial support to the family. The initial scenes of the slow wooing, and the charming advances are very enjoyable – the mannerisms most impressive. How he overcomes the language barrier so as to impress his lady love is naturalistically joyful. Throughout the movie, even during the twists and turns the characters remain very believable. The supporting cast of Roshan Seth, who played Nehru in Attenborough Gandhi’, as Jays father and Meeta Vashist as Trishna’s mother, do a commendable job. 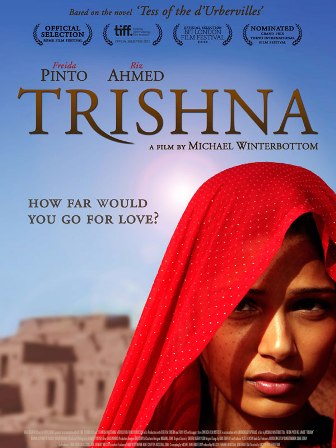 The second half of the movie shifts transition of the heroine from an object of lust to a victim of submission. It plays on the evil and dark side of Jay, which refuses to give her the respect of an equal, but instead wants to treat her like his sex slave. The audience is taken on a turbulent ride of hatred, envy, betrayal and mistrust. The buildup is towards the unexpected and absolutely gripping climax leaves you astounded. However, it will be keenly watched as to how many of the ferocious lovemaking scenes, the Censor Board of India would allow in its final cut for the audiences across India.

Winterbottom, the well known English filmmaker, specifically wanted to base the movie in India as he believes that present day India is witnessing similar ideological divides that Britain saw in the 19th century.He has also scripted the film.

This is definably Freida Pintos’ best performance after Slumdog Millionaire. Riz Ahmed is a little known actor, who will surely be noticed after this movie is released in India in 2014. Roshan Seth, cast as the father of Jay, is most impressive and delivers on his character and makes it impressionable.

The soundtrack by Amit Trivedi and Shigeru Umebayashi is a decent job and manages to provide the much needed Indian feel to the film. The last track with the titles is not to be missed. The movie has a much needed on-screen translation for the Hindi lyrics, which is a novel addition. The imagery is boosted by the beautiful background score by Mike Galasso that manages to sound the perfect blend of tradition and modern. 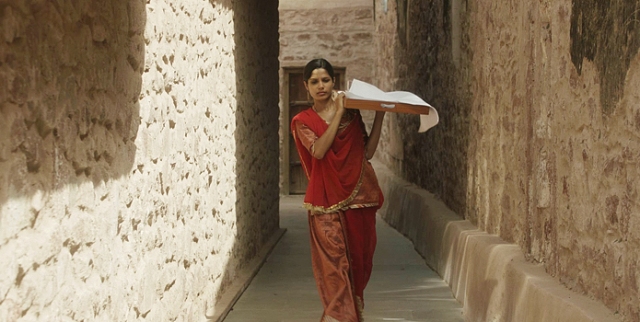 Most Indians would agree that the treatment of the first few scenes of rural India is very impressive. Winterbottom has used the backdrop very dutifully and incorporated it very meaningfully.

Even if you haven’t read the original Tess, go watch the movie for cozy, tripe that is generic and thoroughly enjoyable. The modern audience will be able to resonate with it and appreciate an adaptation that can stand on its own and also offer some very elegant and intimate performances.

Born in England, filmmaker Michael Winterbottom started out working for British television before moving onto feature films. His well known films are Welcome to Sarajevo, Wonderland and 24 Hour Party People, had been nominated for Palme d’Or at the Cannes Film Festival.

Winterbottom’s film craft was first noticed with another of Hardy’s novel adaption ‘Jude the Obsure’ that was released in 1996. Starring Christopher Eccleston and Kate Winslet, the film was also screened at Cannes.