Dehra Dun : On November 9 Uttarakhand will celebrate 14 years of its founding, after the hill areas were cut out from Uttar Pradesh and carved into a new state. And  in these 14 years it has proved the antagomists who opposed the formation of the state right and protagonists wrong. In fact even the statehood agitationists today are a frustrated lot.

What can be said for sure is that those who advocated small states for better and efficient administraion and governance have been proved wrong in the manner that this small hill state has funtioned all these years. Lack of visionless leaders and a rudderless bureaucracy, coupled with nepotism, corruption and siphoning off funds meant for development have been the hallmarks, resulting in the sad state of affairs that Uttarakhand finds itself today.

With a loan burden of over Rs 30,000 crores in these 14 years the state has become a financial mess and if things are not taken care of right now, it could well be heading into a debt trap. Antagonists who had said that Uttarakhand would not be financially viable and would need to keep running to the centre with a begging bowl have been proved right while protagonists who maintained that tourism and power sectors would be the hall marks of its revenue and make it sustainable, have been proved wrong. 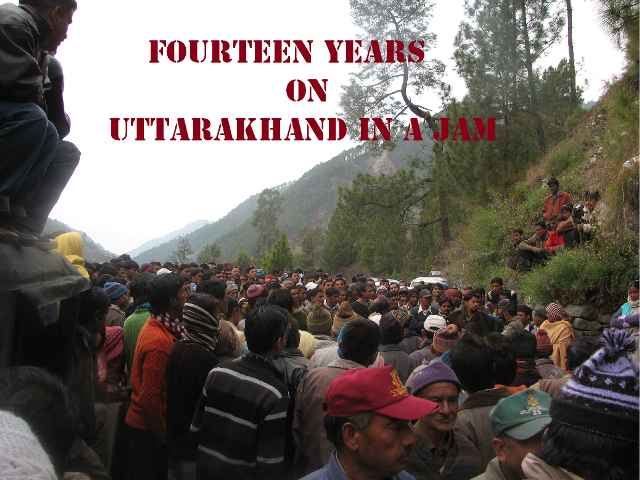 In the 14 years the state has not been able to harness even a wee percentage of its huge power potential either in the state sector or the private and combined sectors, for one reason or the other. And as far as the tourism sector goes neither have new destinations been made nor the required infrastructure added to the existing hill resorts to attract tourists.

Pilgrimage continued and continues to be the backbone of tourism in the state, which too received a bad hit in the Kedarnath valley tragedy last year. The net result was that whereas lakhs visited the four famous shrines of Kedarnath, Badinath, Yamnotri and Gangotri each year, this year their number was just a fraction and Uttarakhand lost its place in the top ten tourist destination states of the country.

Unable to develop its own resources over the last 14 years, the rate at which loan is being taken has doubled in the past couple of years to meet the state’s expenses. Earlier it was taking a loan of about Rs 2000 crores annually, which has now doubled to Rs 4000 crores. At the interest rate on which loan is being taken from 8.67 per cent earlier to 9.40 per cent now, it will have a problem paying back the interest alone.

So disillusioned have the people become that the aam aadmi who faced lathis, bullets and the vagaries of nature in the mountainous and plain areas of the state during the agitation of statehood, are today not willing to even serve the state in the upper reaches. Government and other public sector employees have now started protesting protesting their posting to the difficult and higher regions of the state and not joining if posted, the net result that there is a dearth of teachers, doctors and others in these regions.

Their plea is that while those with political clout have over the years managed to stay at places of their choice for years, others have been posted to difficult and tough areas without a thought to the time that they have spent at such places. “Lack of a transparent transfer policy and rampant favouritism and nepotism in transfers is the reason why the state has become a strike state”, admitted a government employee.

And there is no political will to improve the prevailing sad state of affairs. Ministerial employees have been on strike for over 50 days today and  the public at large has been suffering with nothing being done in the offices, but the government has done nothing to end their strike. This despite the fact that on Oct 29 the Nainital High Court directed the state government to impose Essential Services Maintenance Act (ESMA) and be stern against the employees.

But the state government has developed cold feet and ESMA has yet to be invoked. Even the ‘no work no pay’ policy has not been implemented in principle. Obviously the chief minister and his cabinet colleagues do not want to incur the wrath of the government employees, even for the aaam aadmi, for they have to contest elections again.