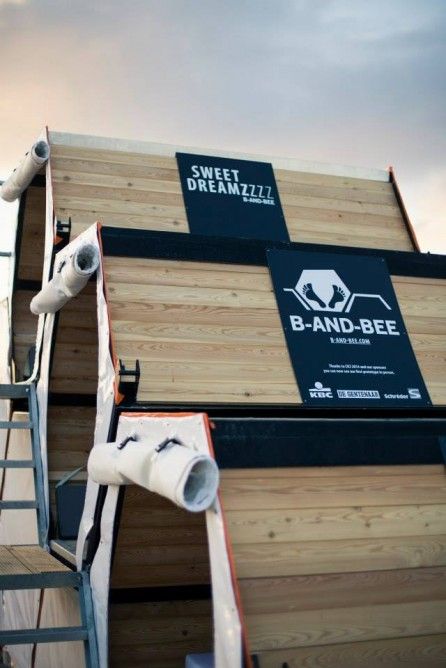 Have you been giving music festivals a miss, due to the thought of living in a tent. Then we have great news for you. Belgian company Achilles Design, is determined to make comfortable and spacious living spaces.  They are launching the honeycomb shaped B and Bee shelters.  Lookout for six cells that will be tested at the Gentse Feesten on 27th July in Belgium this year.

On the first glance they look similar to the Japanese Capsule hotels. They are modular, and can be stacked on top of each other. The designers claim that they can be easily assembled and transported. They look chic and extremely comfy.

If you happen to get the cell right on top, don’t fuss access is via sturdy metal steps. There are roll up canvas sheets that serve as doors. It might sound unbelievable but there is an actual king size bed inside that can be converted into comfortable seating. You also get a warm interior that has luggage space, light and a locker. 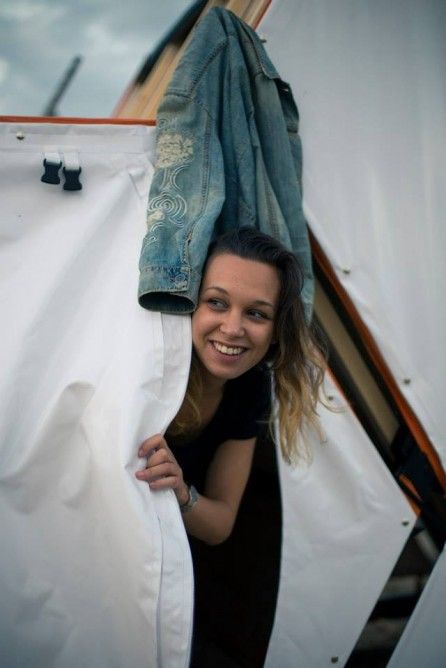 Hexagonal sleeping quarters, which also serve as a vantage point to view the festival, are sure to catch the fancy of many. 50 people can be accommodated on 100sq meters of ground. They can be quickly assembled on campsites and allow the occupants to be right in the action.

The specifications are in accordance with festival organizers and security agencies.  Although the concept was proposed a year ago by Compaan and Labeur, the idea has been conceptualized in 2014. The inventors of this product Barbara Vanthorre and Ron Hermans, collaborated with Achilles design and business consultancy One Small Step to form B and Bee.

Mass production will be underway in autumn 2014, after taking feedback from actual users.  But, we think that this is the first step for B and Bee and it’s utility cannot be limited to festivals only. They would also be very useful in natural calamities and other disaster relief operations. Let’s hope that the design is a success in the Belgium’s Gentse Feesten festival. 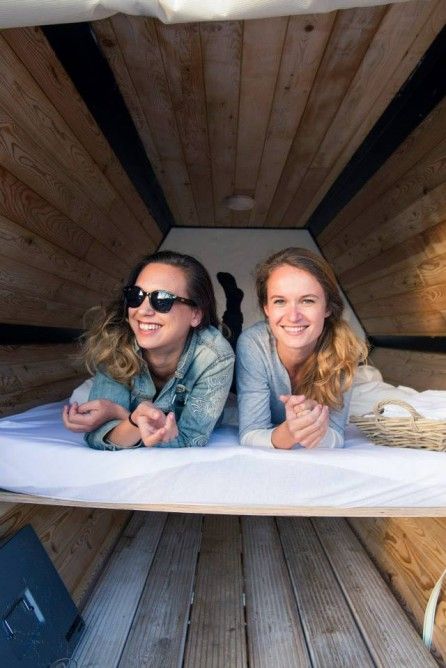 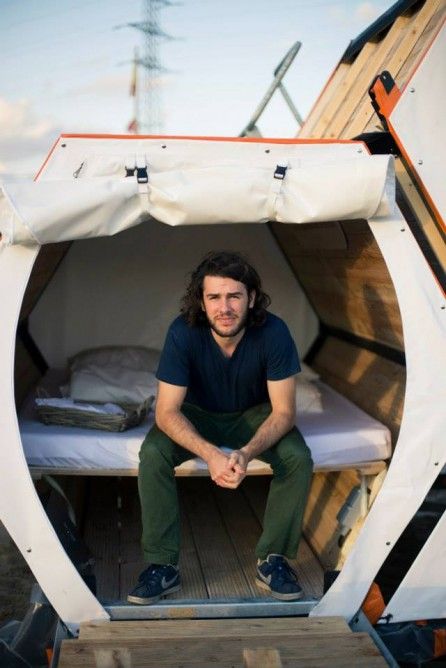 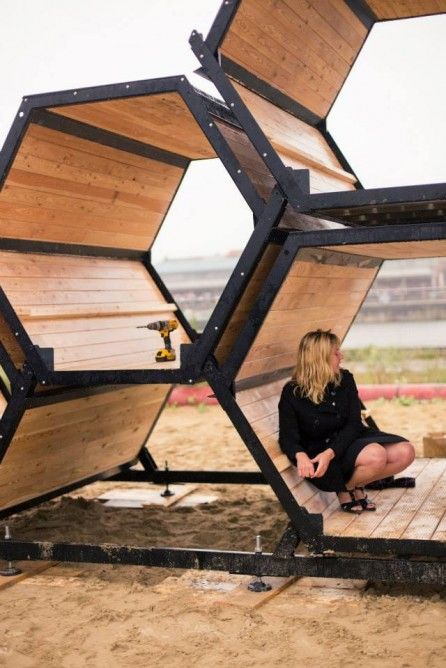 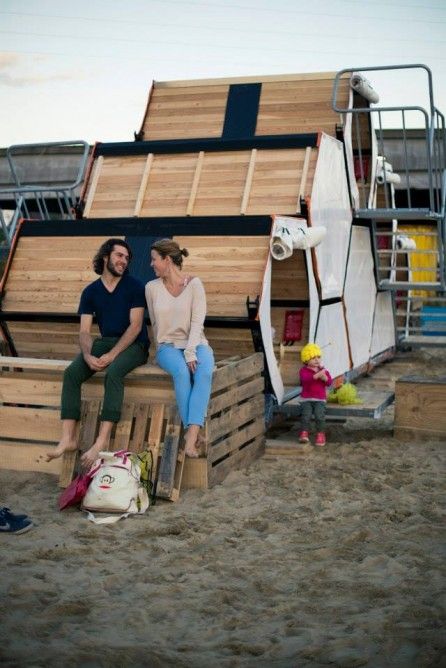 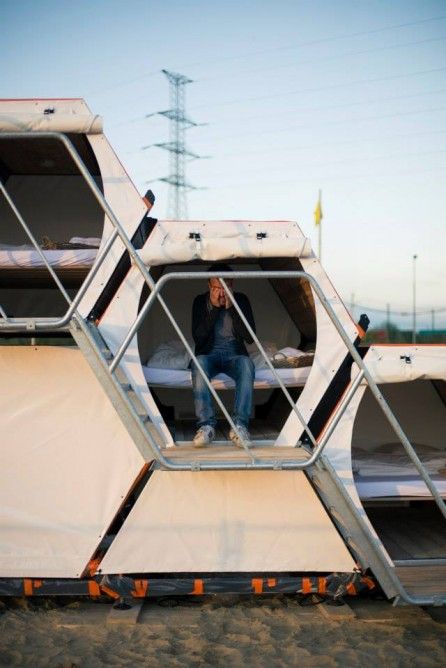 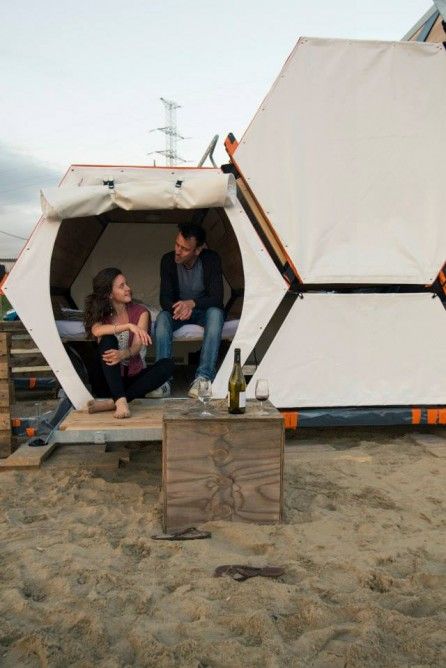 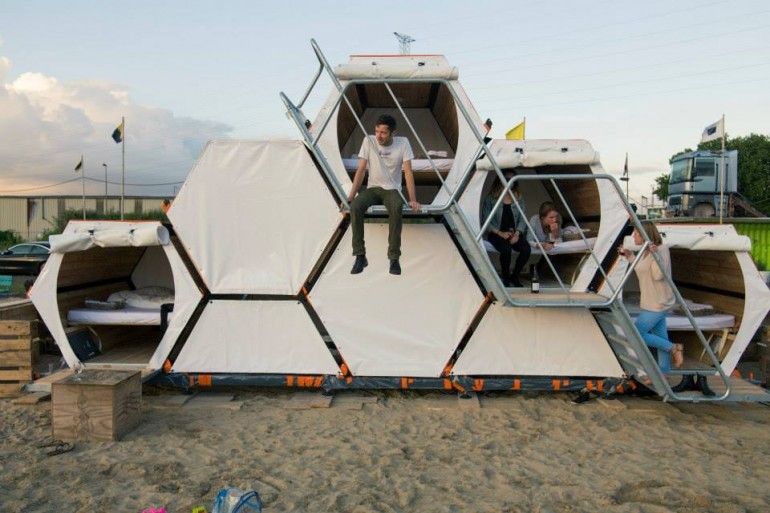 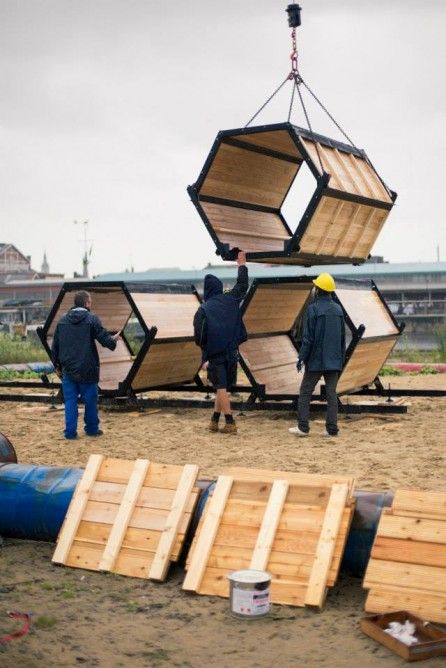 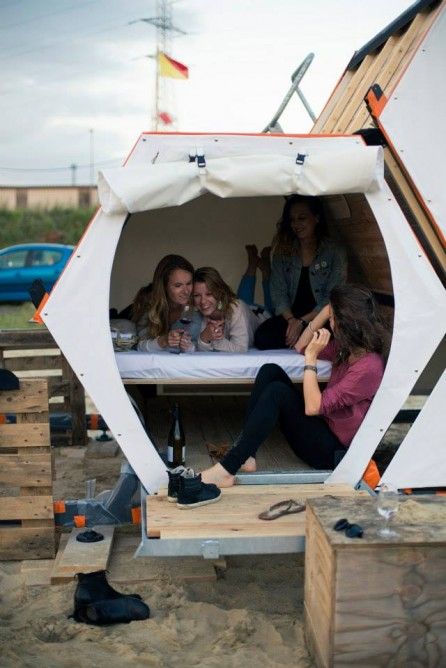