This highly politicized Aryan invasion doctrine has blurred the vision of successive generations to such extent that much of current generation has been alienated from its rich cultural heritage.

Let’s face it upfront, if after 20 years someone changes your identity, more so distorts it; and people around you begin to behave differently just because you have a blurred identity, it could be devastating and enraging at the same time.

If the impotent fury seething inside finds no resolution and you can do nothing to reclaim your original identity, with time one will come to terms with the changed reality. The agony of a buried identity however, will continue to resurface and pinprick your conscience time and again.

Going beyond an individual’s identity crisis, on a larger canvas, if a marginal group distorts historical contexts and alters the identity of an entire civilization to such an extent that whole generations grow up with an inherited inferiority complex, it can shake the foundations of a proud society.

Marxist historians happen to be one such fringe group in India. This group has authored history and school text books, which generations have grown up with.

The theory of Aryan invasions, propagated by Marxist historians, has divided up India in North-South division. With passage of time North India has been branded as “Aryan” and south India as “Dravidian”.

What really is the Aryan Invasion Theory?

According to theory postulated by Marxist historians, northern India was invaded by “ARYANS” a white race who descended from Central Asia around 1500 BC. These white-blond Aryans displaced much of the original inhabitants, which included annihilation of an earlier civilization that flourished in Indus Valley. The invading Aryans imposed their culture and language on the subjugated populations.

Who were these Indus valley people? They were considered to be of Dravidian race and on losing out to the invaders were subjugated a lower caste status in society. 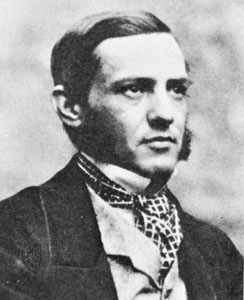 Central to the Aryan invasion theory is: Arya a racial group, their invasion, their white skin, they were from outside India etc.

In was in 1853, Max Muller, a German Scholar of Sanskrit, who introduced the word ‘Arya’ into English and European usage to propagate the Aryan racial theory.

“I have declared again and again that if I say Aryas, I mean neither blood nor bones, nor hair, nor skull; I mean simply those who speak an Aryan language… to me an ethnologist who speaks of Aryan race, Aryan blood, Aryan eyes and hair, is as great a sinner as a linguist who speaks of a dolichocephalic dictionary or a brachycephalic grammar.” (Max Muller, Biographies of Words and the Home of the Aryas, 1888, pg 120).

In Vedic literature, the word ‘Arya’ is not defined in connection with racial group, rather the word Arya means noble, it express a ethical and social ideal, an ideal of well-governed life, courtesy, nobility, straight dealing, courage, gentleness, purity, humanity, compassion, protection of the weak, liberality, observance of social duty, eagerness of knowledge, respect for the wise and learned, the social accomplishments.

It seems Marxist historians distortions knew no bounds because one such historian Romila Thapar in her book “Early India” went onto claim that upper caste Hindus in 1920s accepted the Aryan invasion theory, primarily to identify themselves with the British.

Swami Vivekananda in a lecture to an international audience gathered at USA had remarked: “And what your European Pandits say about the Aryans swooping down from some foreign lands snatching away the land of aborigines and settling in India by exterminating them, is pure nonsense, foolish talk. Strange that our Indian scholars too say ‘Amen’ to them.”

Likewise Sri Aurbindo said “So great is the force of attractive generalizations and widely popularized errors that all the world goes on perpetuating the blunder talking of the Indo-European races, claiming or disclaiming Aryan kinship and building on that basis of falsehood the most far-reaching political, social or pseudo-scientific conclusions.” How prophetic, if we consider that this was written some twenty years before the growth of Nazism with its claims to “Aryan kinship.”

Bhimrao Ramji Ambedkar in his book Who were the Shudras?….devoted a complete chapter – Shudras versus Aryan.

Babasaheb as Ambedkar was popularly known as wrote: “The theory of invasion is an invention. This invention is necessary because of a gratuitous assumption that the Indo-Germanic people are the purest of the modern representation of the original Aryan race. The theory is perversion of scientific investigation. It is not allowed to evolve out of facts. On the contrary, the theory is preconceived and facts are selected to prove it. It falls to the ground at every point.”

Though many Indian leaders and historians have consistently rejected the Aryan invasion theory, but their views have been largely ignored.

Marxist historians based out of prestigious institutions like Jawaharlal Nehru University, Delhi (JNU) keep spreading falsehood, perpetuating a distorted history through school text books authored by some of them.

Marxist view of Indian history holds the nation to be in a flux as a multi-nation state that would have us believe “India is not one nation but a collection of several separate nationalities”.

This highly politicized Aryan invasion doctrine has blurred the vision of successive generations to such extent that much of current generation has been alienated from its rich cultural heritage.

We continue teach our students, even today, what our colonial masters wanted us to learn as an enslaved nation.