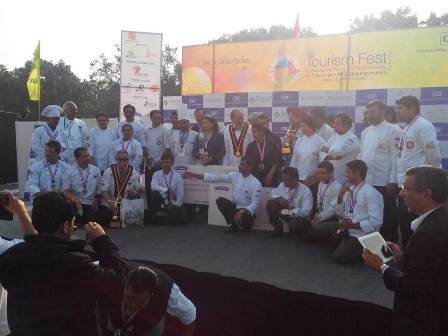 Regional cuisines from Punjab, Awadh, Hyderabad and others were in competition with Siddu (a steam cooked stuffed burger) Bathu Ki Kheer, Sepu Vadi, Indra, Chaah Meat and other foods that are traditionally cooked in various regions of Himachal Pradesh.

Known chefs from five star hotels in India and other countries participated in the meet.

Speaking about Himachali cuisine scoring over others in the regional category, Nand Lal Sharma said, “many who tried the traditional Himachali foods for the first time, came back asking for more.”