Srinagar: A major infiltration bid was foiled in Jammu and Kashmir’s Kupwara district yesterday- the second such attempt in the same area within a week, the army said yesterday. 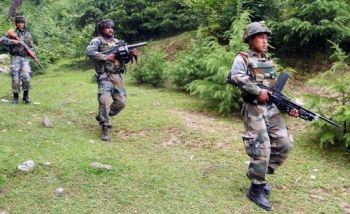 A defense spokesman said troops of the Vajra division, on alert after specific intelligence on likelihood of infiltration from Keran sector in Kupwara, detected movement of a group of militants around 250 metres ahead of the fence, 1.5 km on the Indian side of the Line of Control (LOC).

“On being challenged, the terrorists opened indiscriminate fire, which was retaliated heavily by own forces. The exchange of fire continued till yesterday (Sunday) early morning. Presently the search operations are on in the area,” the spokesman said.

“This was the second infiltration attempt in past one week from the same area by the terrorists in which two terrorists were eliminated. The infiltration bid indicates the desperation of various terrorist outfits to infiltrate into the Valley.”

Last week, Lt. Gen. Gurmeet Singh, general officer commanding (GOC) of the army’s Srinagar-based 15 Corps told reporters that 28 guerrillas were killed in the Valley in 19 operations by the army during the last two months.