Zee News Wednesday vehemently denied all allegations of extortion leveled against its two executives and said police were being forced to act on the matter under pressure from Congress MP Naveen Jindal and his associates. 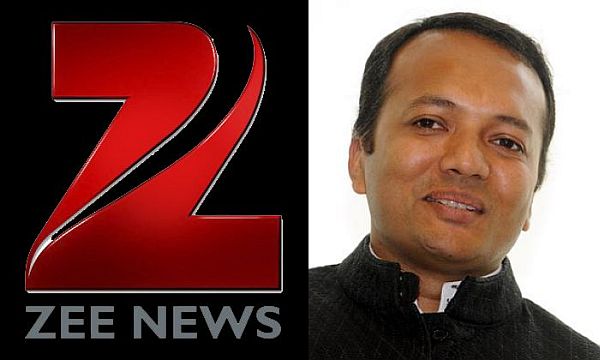 “Our executives’ arrest is illegal. We strongly condemn arrests of our two executives,” Zee News Chief Executive Officer (CEO) Alok Agarwal told reporters at a press conference here.Sudhir Chaudhary, head of Zee News, and Samir Ahluwalia, head of Zee Business, were arrested here Tuesday on charges of attempting to extort Rs.100 crore from Jindal’s company in exchange for not filing news reports linking his firm to the coal blocks allocation.

He alleged that Jindal had offered money to Zee journalists.

“Our channel raised fundamental questions about coal blocks allocated to the Jindal Group. Jindal’s mother pleaded with us to play down the coalgate,” he said.

Agarwal alleged that police were being forced to pursue the matter against them and make illegal arrests.

Jindal last month released a CD which purportedly showed footage in which the Zee journalists were trying to strike a deal with his company officials, telling them that their TV news channel would not air negative stories on Jindal Group if the money was paid to them.

Jindal, who is chairman of Jindal Power and Steel Ltd, (JPSL), had earlier claimed that the Zee executives had demanded Rs.20 crore for four years and they secretly filmed the meetings. They later raised the demand to Rs.100 crore for not broadcasting stories against the company in relation to the allocation of coal blocks, Jindal alleged.

JPSL is among the companies named in the Comptroller and Auditor General’s report as one of the beneficiaries of the controversial coal blocks allocation.

Zee News last month sent a Rs.150 crore defamation notice to the Congress MP, who too had filed a Rs.200 crore suit against the media conglomerate, claiming that the TV channel had tried to extort money from his company.

At the same time, the owner of the Zee News has been asked to join the probe by the police. Delhi Police today asked Zee Network promoter Subhash Chandra to join the investigation into the extortion claims made against it by the Jindal Group