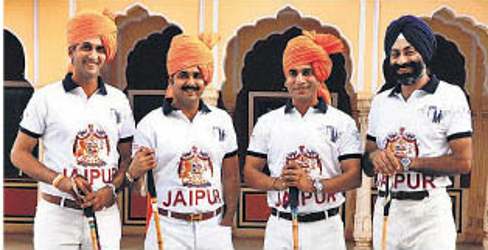 New Delhi: There’s polo, golf and, of course, cricket… where style matches strokes, where sports and fashion blend indelibly. Over the decades, this combination has bred its own ecology of lifestyle and fashion.

In the latest fashion makeover, the Royal Jaipur Polo team, one of the country’s best and most fashionable polo squads, is making a new sports glamour statement. The fancy pink T-shirts that the team has been wearing for the last six years has been replaced by white blue-collared T-shirts with an emblem of the erstwhile Jaipur kingship, matching white breeches and riding boots.

“Golf and polo are the two games which have strict fashion norm and ethics. The uniform of the Jaipur Polo team had never been seriously designed. The team had been changing its gear continuously for the last six years. It was not very edgy,”said designer of new uniform Mayyur Girotra.

“I have been following his fashion and admired the way he dressed effortlessly and carried himself both on and off the field,” Girotra said.

According to Girotra, sports-oriented men’s fashion has been finding acceptance in the mainstream couture stage in the past decade.

Polo is one of the primary arbitrators of sports fashion trends in India, along with cricket and now golf.

“Polo fashion is very crisp. It is perhaps the only sport where you can’t just wear anything to watch a day match. You must have your crisp white linen shirt and your sun glasses in place,” he said.

Asos Fashion Finder, a contemporary fashion tracker, says sportswear has become more evolved since it has moved out of the gymnasium.

“The sweatshirt, once worn to the gymnasium, hoodies and bareball jackets now blend with everyday basics like chinos, before being styled with a backpack and hip-hops for a day to the field,” a spokesperson said. 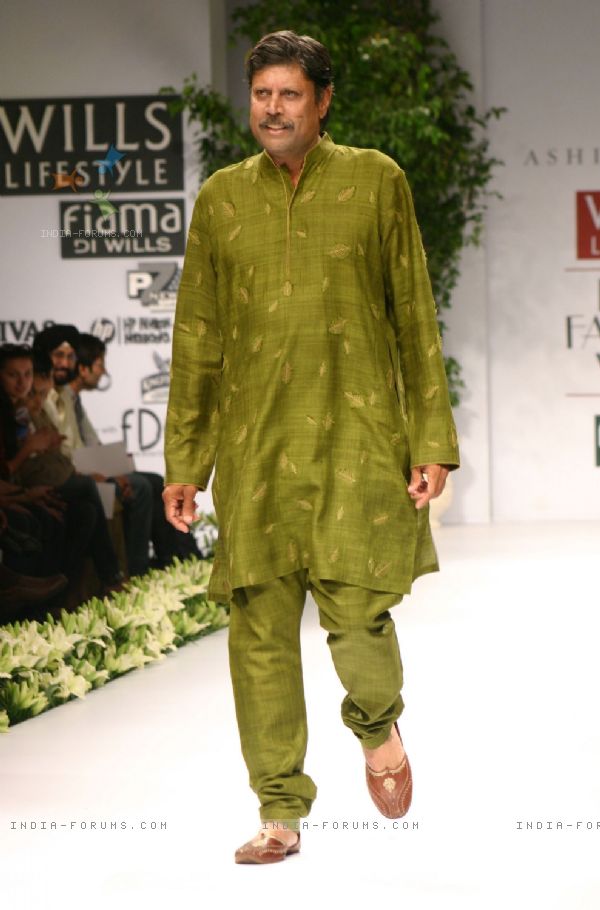 In India, mega-brands like Adidas, Puma, Fila, Reebok and Nike have pushed a culture of sports-oriented casual wear mostly among the younger vertically mobile professionals and the GenNext. The product lines are endorsed by popular sports icons.

An archive of beyond-the-cricket pitch stories, “Stories from the Vault – Cricket Fashions” compiled by the Donald Bradman Foundation says “cricket fashion has certainly come a long way over the years”.

“In the early days of cricket, flannels were the common uniform, a tradition which remains to this day, albeit in a modified form. Flannels consisted of white trousers, a white short, Oxford shoes and often a top hat,” the archive says.

These days flannels are worn as “whites” and matched with navy or black blazers – a style made popular by cricketers and cricket lovers alike in the decade between the 1950s and 1980s.

The colours are widely worn by the respective club supporters often outside the pitch.

“Off the field, former Indian skipper Kapil Dev is still the male fashion icon with his elegant bandhgallas and Indian pants. Sachin Tendulkar is more about suits and Dhoni is very casual in approach to clothes. Virat and Gautam Gambhir are basic in their fashion with T-shirts and denims. Fans like to follow them,” Girotra said.