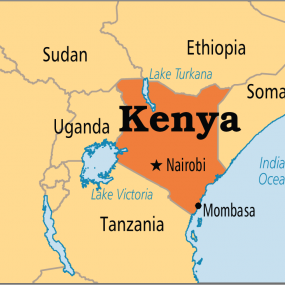 General assumption is that this orchestrated support by international powerhouses prompted the pro-Kenyatta lobby to insolently change the electoral goalposts midway through. As a result, one is left wondering how little the votes of millions of Kenyans seem to matter at a time when they should matter the most, says Qureish Raghib

The Burden of Democracy, a book by Indian political thinker Pratap Bhanu Mehta is aptly titled in the context of the present electoral impasse that prevails in Kenya.  It is a country pregnant with political ambiguity.

The magnitude of the perilous situation in Kenya can be gauged by a joint statement released three days prior to the presidential re-elections by Ambassador and High Commissioners in Nairobi stating, “Unfortunately, the deteriorating political environment is undermining preparations for the new presidential election.” Earlier, in its September 1 historic judgment, the Supreme Court of Kenya while annulling the presidential elections declared, “We find that the 2017 presidential election was neither transparent nor verifiable.” This was sufficient to have sent chills down the spines of mwanachi (local Kenyans) at the prospect of a repeat scenario of the gory 2007 elections. The Court strongly reprimanded officials of the Independent Electoral & Boundaries Commission (IEBC), the body responsible for organising and holding elections in Kenya, for mismanaging what has proved to be one of the most expensive elections that the world has ever seen.

To add insult to injury, lawmakers were found effectively embroiled in a parliamentary coup as they hurried to pass the Election Laws (Amendment) Bill, 2017 in the absence of the opposition members. The controversial Bill is designed to legitimise illegalities serving the partisan interests of the ruling coalition Democratic Party led by President Uhuru Kenyatta.Foreign representatives and policy advisers have strongly cautioned the President on passing the tabled Bill.

The apex court’ directives to hold a repeat poll seems technically redundant. Already the constitutionally recognised IEBC is rendered compromised and is in a state of utter disarray.  Admittedly, some of its top officials have been instructed to step down. One commissioner fled the country before tending resignation citing frustration at procedural norms as well as personal security concern. The Chairman of the deeply divided Commission has categorically declared the election re-run, scheduled for 26 October to already being  in jeopardy as the body finds itself caught in the political crossfire between the opposition and the ruling coalition.     å

The electoral standoff provoked by NASA, the opposition coalition led by presidential candidate Raila Odinga has attracted the attention of international institutes and governments and has publicly questioned the deliberate silence of longstanding allies such as the US and Britain on the present political impasse.  Yet this overlooks the ironical fact that Kenya is an intercontinental hub that has a diverse set of stakeholders and thus, implicates the paralysis to have far-reaching ramifications.

This explains why world leaders were quick to ignore the grave electoral discrepancies and rush to congratulate President Kenyatta on a ‘victory’ that was eventually nullified by country’s highest court. It is conceivable given the substantial and strategic goodwill invested in Kenyatta that President Xi Jinping of China noted: “During your participation in the Road and Belt Forum for International Cooperation in Beijing last May, we had an in-depth exchange of views on the development of bilateral relations and reached extensive consensus”. The Prime Minister of Israel, Benjamin Netanyahu called on Kenyatta to felicitate and pledge the continuation of cooperation in agriculture and security solutions. Indeed, the Jewish state has since a year been coaxing the incumbent president to back Israel’s bid to be granted an observer status at the Africa Union. What is more, political strategists believe that the recent terror attack in neighbouring Somalia was crucially timed to remind the new Kenyan leadership of the need and legitimacy of the presence of foreign forces in East Africa. It is, therefore, perhaps no coincidence that in the immediate aftermath of the devastating truck-bomb blast, the US African Command issued a statement saying that “this meets the criteria to warrant immediate US government assistance”.

Thus, general assumption is that this orchestrated support by international powerhouses prompted the pro-Kenyatta lobby to insolently change the electoral goalposts midway through. As a result, one is left wondering how little the votes of millions of Kenyans seem to matter at a time when they should matter the most.

Nevertheless, both politicians and the masses make strange bedfellows. The intriguing fact is, majority of the Kenyans regardless of their earlier political stand, currently prefer Kenyatta as the first citizen. This is largely due to opposition candidate Odinga’s uncertain game plan and doggedness. Voters read his sudden withdrawal from the fresh elections as a guerrilla tactic aimed at pushing Kenyatta to negotiate on the possibility of power sharing. For pundits, it signals a calculated bid in the withdrawal from the presidential race to preserve his legacy as a veteran political fighter; one that had the courage to initiate the historic Supreme Court ruling that rendered null a rigged presidential election, possibly setting a new precedent for the entire African continent.

On a larger canvas, Odinga’s failure to institute comprehensive democratic and constitutional reforms has cost him the patronage of moderates, hawks, doves and Leftists. This has substantially deteriorated his political goodwill and the confidence of his supporters and sponsors, and thereby making his dream to be a resident at the State House even more improbable.