Remember, you can pull on a string but you can't push on it!

I have never been of a mathematical bent of mind, in fact I failed in Maths in my Senior Cambridge exams, thus validating the prediction made by my Maths teacher when I told him that sound travels faster than light. I based my view on the fact that, whenever we surreptitiously played cards in the dorm at night we could hear the Warden coming long before we saw him ( and thus could get rid of the evidence- consisting of cards with photos of girls in bikinis- the Jokers didn’t even have that- and cigarette sticks as the money). I have since been consistent in my ignorance of maths, and even today can’t figure out why my pension is one hundred times the salary when I joined service- I am positive the gnomes in the Finance Deptt. have made a mistake. However, I may be mathematically challenged but I’m not stupid, so I’m not about to complain.

Now, Economics has a large dose of maths built into it and so I’ve never understood Economics either, especially as present day economic theory- the neo-classical model promoted by earlier Nobel prize winners such as Oliver Hart and Alvin Roth- is almost wholly based on mathematical modelling. The only bit of economics I knew was something imparted to me by a batch mate in the Academy, an economics whizz kid, who told me: “ 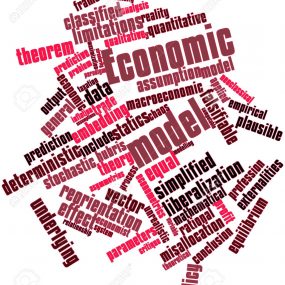 Remember, you can pull on a string but you can’t push on it!” This discovery didn’t get him the Nobel prize but I guess he must have done some strenuous pulling on that string because he got reemployed as a Regulator after retirement. And since I kept pushing on that bloody string instead of pulling on it I retired to my village, unsung and unemployed. So the theory works.

The universe of Economics, however, has been turned on its head now after Mr. Richard Thaler was awarded the Nobel prize for Economics earlier this month . Thaler eschews the mathematical models and bases his models  instead on behavioural traits. He believes that people behave irrationally, but are consistent in their irrational behaviour, which can then be predicted while framing economic policies. Now this is something which I can grasp as an average irrational Indian and therefore I am now beginning to understand economics. This in turn helps me to understand what is happening in India today, something I’m willing to share with the reader.

The most famous economic principle espoused by Thaler is the NUDGE theory. What it says is that, instead of forcing a citizen to do something (which he will resist) govt. should gently “nudge” him into doing it, making him believe he has the freedom of choice. Take for example a compulsory savings plan like the PF (Provident Fund). Thaler says don’t force an employee into it- give him a number of choices but make PF the default option. Most employees are too lazy to exercise any choice and so the default option will kick in for most of them. The govt. would have got what it wanted but the employee will feel HE has made the choice, not the govt. I think its brilliant, this NUDGE principle.

Mr. Modi, who is as subtle as a kick in the backside, doesn’t think so- he has his own economic model- the SHOVE principle. This postulates that people are fools who don’t know what is good for them, they have to be herded like cattle, they are all crooks and cannot be trusted, they should be given no choices, Big Brother knows best. In pursuance of this breakthrough revelation which had eluded the likes of even Adam Smith, Keynes, Bentham, Pareto and Schumpter, he has unleashed a barrage of economic reforms: demonetisation, GST, Aadhar linking, minimum balances, digitisation, cashless economy, etc. He is convinced that this muscular model of economics will win him both the Nobel prize and the 2019 elections. The former is unlikely, the latter possible. But in that case Mr. Thaler should be asked to return HIS Nobel- the Shove would have won over the Nudge.

The Shove model, however, cannot work on its own, it has to go in tandem with another economic theory, best exemplified in the FUDGE principle. The globally acknowledged maestro of this model is Mr. Arun Jaitley. In this model the actual macro figures are fudged to make Shove appear to be working, at least till the next elections. And so we are told that demo has worked, even though all the black money has come into the banks and become white; that hoards of unaccounted funds have been unearthed, though only Rs. 4500 crore has been seized so far; that millions of bogus beneficiaries of govt. subsidy schemes have been identified, though most of these are those unfortunates who were unable to link their Aadhars with their ration cards, bank accounts, mid-day meal scheme or gas connections; that GST is a resounding success because Rs. 92000 crores has been realised in the first month, whereas Rs. 64000 crore of this has to be refunded to the assessees; that 20 crore new jobs have been created, whereas Labour Bureau and CMIE figures indicate that millions of existing jobs have been lost; that India will continue to grow at 7.3% whereas we are actually growing at less than 5%. And so on. Mr. Thaler’s Nudge has some serious competition from the new Shove and Fudge models. I sometimes wonder: is global economic theory being re-written in 7, Race Course Road ?

And what about me ? Just when I had convinced myself that I was finally beginning to get a handle on Economics, with behaviour replacing mathematics as its driving force, all this nudging, fudging and shoving has left me confused again. So I’ve evolved my own model to cope with this confusion. Its called the HUH? principle: its driving force is a state of total incomprehension, and it exhibits itself via a glassy look in the eyes and a gaping mouth. It has not yet made it to the syllabus of the Delhi School of Economics but may do so in the ballot papers of the 2019 elections. Till then I think I’ll stick to English Literature