Jammu: Curfew continued for the 11th day today in Kishtwar town of Jammu and Kashmir although the authorities said the situation was fast returning to normal. 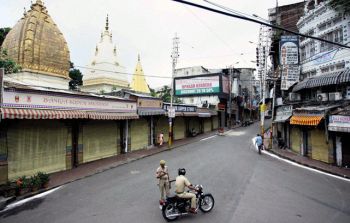 A district administration official told that curfew continued for the 11th day in Kishtwar, but was relaxed in a phased manner in the town for two hours.

A team of ministers headed by Deputy Chief Minister Tara Chand has appealed to the communities to restore the traditional harmony and brotherhood for which Kishtwar has been known in the past.

The ministerial team separately met delegations of the minority and the majority communities during their two-day stay there.

An all-party delegation is reaching the town today to appeal for restoration of normalcy and listen to the grievances of the two communities.

Authorities are mulling a curfew relaxation in the town during the visit of the all-party delegation so that people can freely interact with the team.