Shimla: History is being repeated in Himachal Pradesh as police have once again booked a top politician in a nearly one-and-a-half-decade-old corruption case. 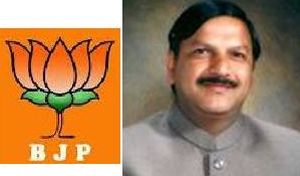 This week the Vigilance and Anti-Corruption Bureau got permission to prosecute BJP legislator and former minister Rajeev Bindal, a close confidant of previous chief minister Prem Kumar Dhumal, for alleged recruitment of clerks and cleaning staff in the Solan Municipal Council when he was its chairman in 1999.

Political observers say the Virbhadra Singh-led Congress government is now paying back its political rivals in the same coin as the saffron party did during its 2007-2012 regime.

“Virbhadra Singh was booked in a 23-year-old case by the previous BJP regime. Now, the Congress government has given prosecution sanction against the BJP leader in a 15-year-old case,” said an observer.

Virbhadra Singh and his wife Pratibha Singh were booked by the state police Aug 3, 2009, under the Prevention of Corruption Act for alleged misuse of official position and criminal misconduct when he was chief minister in 1989.

Just a day before his swearing in as chief minister for the sixth time Dec 25, 2012, the couple got a major reprieve as a Shimla court acquitted them in the case.

“We have re-investigated the case and found certain discrepancies in the recruitment process. We are going to file a chargesheet in a Solan court soon against Bindal and 22 others, who were appointed on his recommendation,” Additional Director General of Police Prithvi Raj told.

Countering this, Bindal said he has not done anything wrong by providing jobs to the deserving, who mostly belong to the below poverty line (BPL) bracket.

“They (Congress leaders) are just settling political scores. It’s the same chief minister (Virbhadra Singh) who made 4,875 appointments on his chits during his earlier regime (1993-98). The inquiry report in this regard is lying with the government,” Bindal said.

He dared the police to first file the charge-sheet against the chief minister and he would then face trial.

The case against Bindal was made out by the Congress government in 2006.

The vigilance bureau during the BJP regime had sought the prosecution sanction from assembly Speaker Tulsi Ram as Bindal was legislator, but this was turned down.

With the change of guard in the state in last December, the government got the matter re-investigated.

Bindal, who was told to resign as cabinet minister last July after a section of his own party demanded this, now faces charges under sections 420, 468, 471 and 120-B of the Indian Penal Code and section 13 (2) of the Prevention of Corruption Act.

“Virbhadra Singh in his earlier regime gave jobs without following the normal procedure. He has no moral right to take action against Bindal,” Satti said in a statement.

Interestingly, the Himachal Pradesh High Court, while hearing a petition, asked the state June 24 to provide details regarding investigation into the alleged illegal recruitments by the (Congress) government during 1993-1998.

The petitioner alleged that despite registration of a first information report on the high court’s directions Nov 11, 2005, no investigation was being done in the case after the court stopped monitoring it after disposing off his petition May 22, 2008.