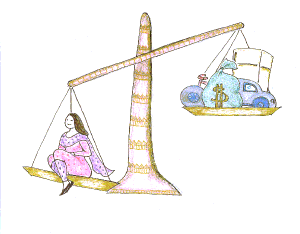 Bhubaneswar (IANS) Odisha’s minister for housing and urban development, law, and information technology, Rahunath Mohanty, today resigned after his daughter-in-law accused him of torturing her for dowry.

“I have resigned on moral grounds to enable police to conduct an independent probe. There is no truth in the allegation,” Mohanty told IANS after submitting his papers to chief minister Naveen Patnaik here.

His resignation comes a day after his daughter-in-law Barsa Swony Choudhury lodged a written complaint at the district headquarters town of Balasore, about 215 km from here, alleging that the minister and his family had been demanding dowry of Rs.25 lakh and a multi-utility vehicle.

In her complaint, Choudhury alleged that the minister and his family tortured her physically and mentally, ever since she married to the minister’s son Raja Shree Mohanty June 2012.

She claimed that her parents had given Rs.10 lakh at the time of the marriage, as was demanded, but her father-in-law and the rest of the family were unhappy and insisted that her parents should pay Rs.25 lakh and a multi-utility vehicle.

The cabinet minister, however, refuted the allegations.

“The allegations are false, and everybody knows we would not do that. The truth will be out soon, and the law will take its course,” Mohanty said.