Keylong (Himachal Pradesh): A two-and-a-half-year-old boy from this remote town in Lahaul Valley has been anointed the 15th head of the famous Tagna monastery near Leh town in the Ladakh region of Jammu and Kashmir, an official said today. 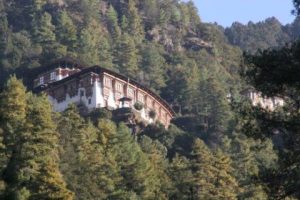 The boy, the only son of agriculturalist couple Nawang Chhering and Chimme Dolma, has been identified as the reincarnation of the Buddhist monk who headed the over 500-year-old monastery, considered the most significant in Ladakh’s religious history, Himalayan Buddhist Cultural and Preservation Society chief patron Ravi Thakur told.

He said the boy is believed to be the reincarnation of monk Tagna Rinpoche, the 14th head of Tagna monastery who died in Jan 2011.

Thakur, who is also the local legislator, said over 50 monks from the monastery visited the boy’s house Wednesday and carried out rituals to ascertain that the child is Rinpoche’s reincarnation.

“The boy has identified his (14th Rinpoche’s) belongings,” he added.

The Buddhist system of recognising reincarnations is an authentic mode of investigation based on people’s recollection of their past lives.

“We are feeling elated that our son gets a chance to serve one of the prominent monasteries,” Chhering said.

Meanwhile, the couple and the child were given a ceremonial reception today on reaching the Tagna monastery from here.

Thousands of devotees from far-flung areas gathered at the Tagna monastery, some 20 km from Leh, to seek the boy’s blessings.

Monastery officials said the child would spend some initial years of his life in the monastery. Later, he will be sent to a religious training centre.

In Sep 2011, a 10-year-old boy from Ladakh was identified as the reincarnation of Buddhist monk Kachen Dugyal belonging to the Key monastery in the Spiti Valley of Himachal Pradesh.

The boy was identified as Dugyal’s reincarnation 11 years after his death. He died at the age of 98.

During his last month’s visit to Australia, Tibetan spiritual leader the 14th Dalai Lama, who lives in exile in Himachal Pradesh’s Dharamsala town along with his followers, said: “If it would be more useful, the Dalai Lama could certainly be (a) female.”

But at the same time, he added, “Whether or not there is a fifteenth reincarnation will depend on the Tibetan people’s wishes.”

The Dalai Lama has already clarified that the issue of reincarnation is his personal right.

Born July 6, 1935, at Taktser hamlet in northeastern Tibet, the present Dalai Lama was recognised at the age of two as the reincarnation of the 13th Dalai Lama, Thubten Gyatso.