Chandigarh: Its founding architects, especially its master planner Le Corbusier, had built Chandigarh for a population of just 500,000 in the 1950s. Over six decades later, the city’s population stands at over 1.05 million (2011 Census). Now the city’s planners have capped its population at 1.6 million in the next two decades. 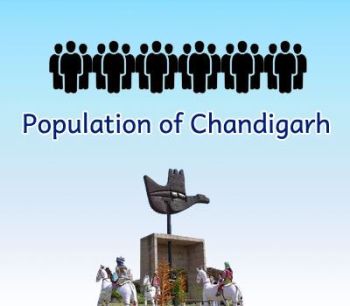 “The draft CMP 2031 takes care of the imperative of maintaining the original character of the city and has appropriately incorporated follow-up action needed in pursuance of the report of the Expert Heritage Committee on the Preservation of Heritage of Chandigarh accepted by the Government of India,” the draft stated.

With the 114-square km UT land-locked in by Punjab and Haryana states on either side, the planners have admitted that there was no scope for expanding Chandigarh city itself.

“In view of the limited land available for future growth and infrastructure needs, and to maintain its low rise, green and spacious character, the holding capacity of the landlocked city has been capped for a population of 16 lakhs (1.6 million). While recommending re-densification of identified pockets of single-storeyed, low density original government housing stock of the city, the CMP advocates population dispersal strategies and housing strategies addressed through an inter-state regional plan to accommodate the balance projected population,” the draft plan said.

Residents say Chandigarh has not been able to keep up to the vision of its founding architects.

“The city was built for a population of just five lakhs (500,000). It now has a population of 10.55 lakh. It is increasing further and the city is unable to cope. Additional burden has been put by adjoining cities like Panchkula and Mohali coming up in Haryana and Punjab respectively. More suburbs are emerging like Zirakpur, Mullanpur and Pinjore. There is hardly any vision to tackle the present mess or plan for the future,” businessman Rohit Ahuja told.

A committee that was constituted to prepare the draft CMP had recently submitted its report after much delay. The committee, consisting of present and former architects, planners and officers of the Chandigarh Administration, pointed to “some of the aberrations in the city’s development in the past.”

“Based on detailed studies of the existing ground realities including detailed SWOT (strength, weaknesses, opportunities and threat) analysis, active engagements with various stakeholders, site visits, feedback from various departments of the Chandigarh Administration, presentations to the Administrator’s Advisory Council and high-powered Coordination Committee, New Delhi, the comprehensive document provides a good vision of the manner in which the development and future planning of Chandigarh should be undertaken,” the committee said in the draft Master Plan.

The committee claimed that “no change has been proposed in the land use already defined in the sectors”. “Urban renewal, street-scaping of the existing neighbourhood and city level commercial centres and the Industrial Area Phase I and II have been strongly recommended to meet the modern day requirements,” it added.