Shimla: To bridge the skill gap of students in order to increase employability, Bahra University, Solan, today announced tie up with UK based Qualifications and Assessments International (QAI) to impart soft skills at undergraduate courses.

Besides, the university in association with Planet EDU also announced implementation of Cambridge English language assessments, a part of Cambridge University, for improvement of language skills. 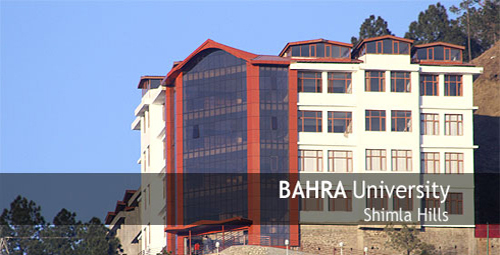 Speaking on the occasion, SK Bansal, vice-chancellor Bahra University said by imparting high quality teaching backed by appropriate employability and language skills, the students would be ready for global placements in what is increasingly becoming an English speaking world.

John Kerr, CEO of QAI said that they would be offering job taking up readiness tests such as modules about effective communication skills, critical thinking, leadership abilities, decision making, writing out corporate emails and such other soft skills that are not part of the a regular curriculum but what multi-national companies are looking for in employable graduates.

At no extra charge, these courses would run in parallel with regular classes, from the coming session at the university campus at Vakhnaghat, said Bansal.

Sanjay Malavia, country head QAI said, certification would only be given by Cambridge University and QAI after conducting a proper assessment and evaluation. Certified master trainers and a flying faculty would be provided by them, he added.

Speaking about the controversy of private universities having bought land banks in Himachal Pradesh by violating state laws, Bansal said that revenue authorities had checked the records and only yesterday (February 13) found everything in order.

Welcoming the government move to enquire into land records of universities, Bansal said that Bahra had bought 120 bighas of land for setting up campus, which met the UGC norms.

He said that the university had a strength of 1492 students and had applied for UGC recognition, for which it had filled up the revised performa put out by the commission.