Washington (IANS) India and China are ranked 119th and 136th respectively and both termed “unfree” according to the 2013 Index of Economic Freedom published annually by The Wall Street Journal and The Heritage Foundation. 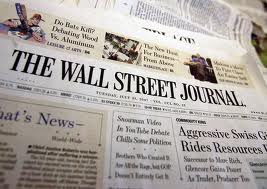 The Asia-Pacific region is home to the world’s freest economy, and its most repressed, according to the index released here Thursday.

For the 19th consecutive year, Hong Kong maintained its top position, while North Korea languishes at the bottom.

However, the Asia Pacific region’s “foundations for long-term economic development continue to be fragile in the absence of effectively functioning legal frameworks”, the index’s editors write.

“Progress with market-oriented reforms has been uneven and has often backtracked under the influence of those with a political interest in maintaining the status quo”.

Singapore, Australia and New Zealand finished 2-3-4 respectively, while the US is ranked 10th in the index that evaluates countries in four broad areas of economic freedom — rule of law, regulatory efficiency, limited government, and open markets.

Europe, the second-freest region and the world’s most improved, narrowed the gap with North America in the 2013 index.

Switzerland continues to be the only “free” economy in the region, which has only two “repressed” economies that score below 50 — Ukraine and Belarus.

North America continues to be the world’s freest region, though Mexico was the only economy that improved its index score over the last year.

The region boasts two “mostly free” economies (Canada and the US) and one “moderately free” economy (Mexico). It leads the world in terms of rule of law, regulatory efficiency and open markets, but is getting worse where government spending is concerned.

The world average score of 59.6 was only one-tenth of a point above the 2012 average. Since reaching a global peak in 2008, the editors note, economic freedom has continued to stagnate.

The overall trend for last year, however, was positive. Among the 177 countries ranked in the 2013 index, scores improved for 91 countries and declined for 78.

“On the plus side, average government spending scores improved. Unfortunately, this was matched by a decline in regulatory efficiency, as a number of countries hiked minimum wages and tightened control of labour markets,” the editors wrote.

“The global advance toward economic freedom has ground to a halt,” they concluded.