Mumbai: India’s foreign exchange (forex) reserves went down up by $471.3 million to $294.50 billion for the week ended Nov 30, according to Reserve Bank of India (RBI) data. 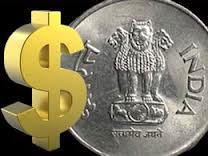 The foreign currency assets (FCA) – the biggest component of the forex reserves – decreased by $125.7 million at $260.01 billion, according to the weekly statistical supplement released by the RBI.

The central bank said FCA in US dollar terms included the effect of appreciation or depreciation of non-US currencies held in reserve, such as the pound sterling, euro and yen.

Gold reserves value had dipped by $386.2 million and stood at $27.80 billion. The value had remained unchanged at $28.18 billion since the week ended Nov 2, when the value of gold reserves rose by $56.4 million.

The special drawing rights (SDRs) increased by $26.9 million to $4.42 billion during the week under review, while reserves with the International Monetary Fund (IMF) were up by $13.7 million to $2.26 billion.